In the world of M/M romance, Damon Suede’s Hot Head has practically become required reading.  And for good reason.  Hot Head was close to perfect, in my opinion.  But I needed to know if Suede’s story telling was just a one-off, or if he’s got the potential to be one of my go-to, have-to-have, need-to-stalk authors, so I picked up Bad Idea.

Bad Idea: Some mistakes are worth making.

Reclusive comic book artist Trip Spector spends his life doodling supersquare, straitlaced superheroes, hiding from his fans, and crushing on his unattainable boss until he meets the dork of his dreams. Silas Goolsby is a rowdy FX makeup creator with a loveless love life and a secret streak of geek who yearns for unlikely rescues and a truly creative partnership.

Against their better judgment, they fall victim to chemistry, and what starts as infatuation quickly grows tender and terrifying. With Silas’s help, Trip gambles his heart and his art on a rotten plan: sketching out Scratch, a “very graphic novel” that will either make his name or wreck his career. But even a smash can’t save their world if Trip retreats into his mild-mannered rut, leaving Silas to grapple with betrayal and emotions he can’t escape.

What will it take for this dynamic duo to discover that heroes never play it safe?

Bad Idea is the story of Trip, an introverted, skinny, allergic comic book artist and Silas, an extroverted, beefy, make-up/effects/monster-maker artist for T.V. 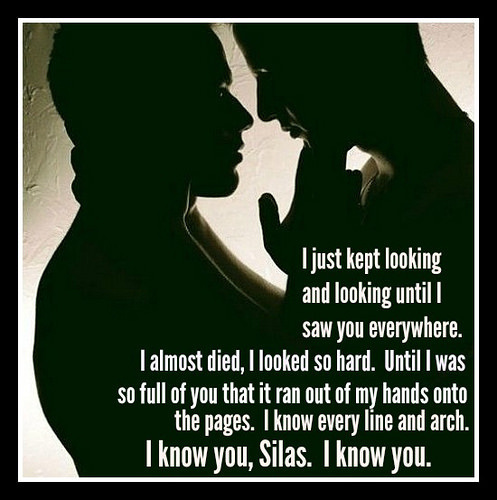 Silas and Trip meet on an OUTRUN, one in which Trip is a running participant and Silas is a bad-ass zombie who lurks in bushes to snag tags off of runners’ belts. They seem to have a connection in the brief meeting and start dating.

This story is full of interesting behind-the-scenes info about their respective (and pretty cool) careers.
It’s also dual-POV, so we really get in the brains of both Trip and Silas. The steamy scenes between these two are so hot. There was a surprising dynamic and chemistry with these two characters when they were finally able to get their footing as a couple.

But let me tell you, it was touch-and-go for me in first 1/3 of this story. Not about continuing, the book is very good, but I just wasn’t so sure about the chemistry between these two men. My take on the situation at this point in the book:

Trip is VERY insecure, to the point of being frozen in perpetual indecision. He’s touchy and constantly worried about, well, everything, actually. And Silas, who is really a dream, persists in his pursuit of Trip even when I was thinking he’d be better off calling it “just friends”.
Silas is witty and smart and lives his life with no masks. He’s really not down with any pretense. I don’t just mean not living his life in the closet, he’s a little tired of the games and the non-connecting of the casual hook-up, New York gay scene. Basically, Silas is wide open and awesome.

Silas seemed to contemplate the Fig Newtons. “Cookies?”
Trip opened his mouth to answer.
Please God don’t let him eat a hundred processed fig bars and then try to kiss me so that I choke on his tongue and die in a movie theater with Halle Berry and Gleek watching me and snickering-
“Sorry.” Silas snapped his fingers and pointed at him. “You’re allergic to figs.”
What if I die on a date because I’m too embarrassed to say no to third base?
Trip made a puke face. “Really allergic. Like anaphylactic shock, EpiPen allergic.”
Silas seemed embarrassed. “I shoulda remembered.” He pivoted to the concession counter. “Never mind.”
Trip exhaled. Crisis averted.

So things got great, then they got bad. I’m obviously Team Silas, so the whole thing is 100% Trip’s fault. Even after weeks of separation and Kurt (Silas’ best friend) giving it to Trip straight:
“You really aren’t bright… “I think he’s retarded to want anyone, let alone you, but he does… “But if you want to play in his sandbox, you can’t handle your heart like a packaged action figure and never use it.”

Maybe I dislike Trip because I see myself in his character. I dunno. But when Kurt refers to him as “Drip” instead of Trip, I want to reach in the book and give him a high-five or a fist-bump.

Silas is a great hero. A great boyfriend for anyone, especially someone as tied up in knots of fear as Trip is. Silas is a GODSEND. All four of my stars are Silas stars. *Sigh*

Suede also leaves us curious about the relationship between Kurt and Ziggy–a character that is genius, cranky and disabled from Cerebral Palsy. This story needs to happen soon and I’m not above sending bothersome emails to the author about it, either.  Ziggy is just too intriguing. I need his book in a bad, bad way.

Damon Suede grew up out-n-proud deep in the anus of right-wing America, and escaped as soon as it was legal. Having lived all over, he’s earned his crust as a model, a messenger, a promoter, a programmer, a sculptor, a singer, a stripper, a bookkeeper, a bartender, a techie, a teacher, a director… but writing has ever been his bread and butter.

Though new to romance fiction, Damon has been a full-time writer for print, stage, and screen for two decades. He has won some awards, but counts his blessings more often: his amazing friends, his demented family, his beautiful husband, his loyal fans, and his silly, stern, seductive Muse who keeps whispering in his ear, year after year. Get in touch with him at DamonSuede.com. 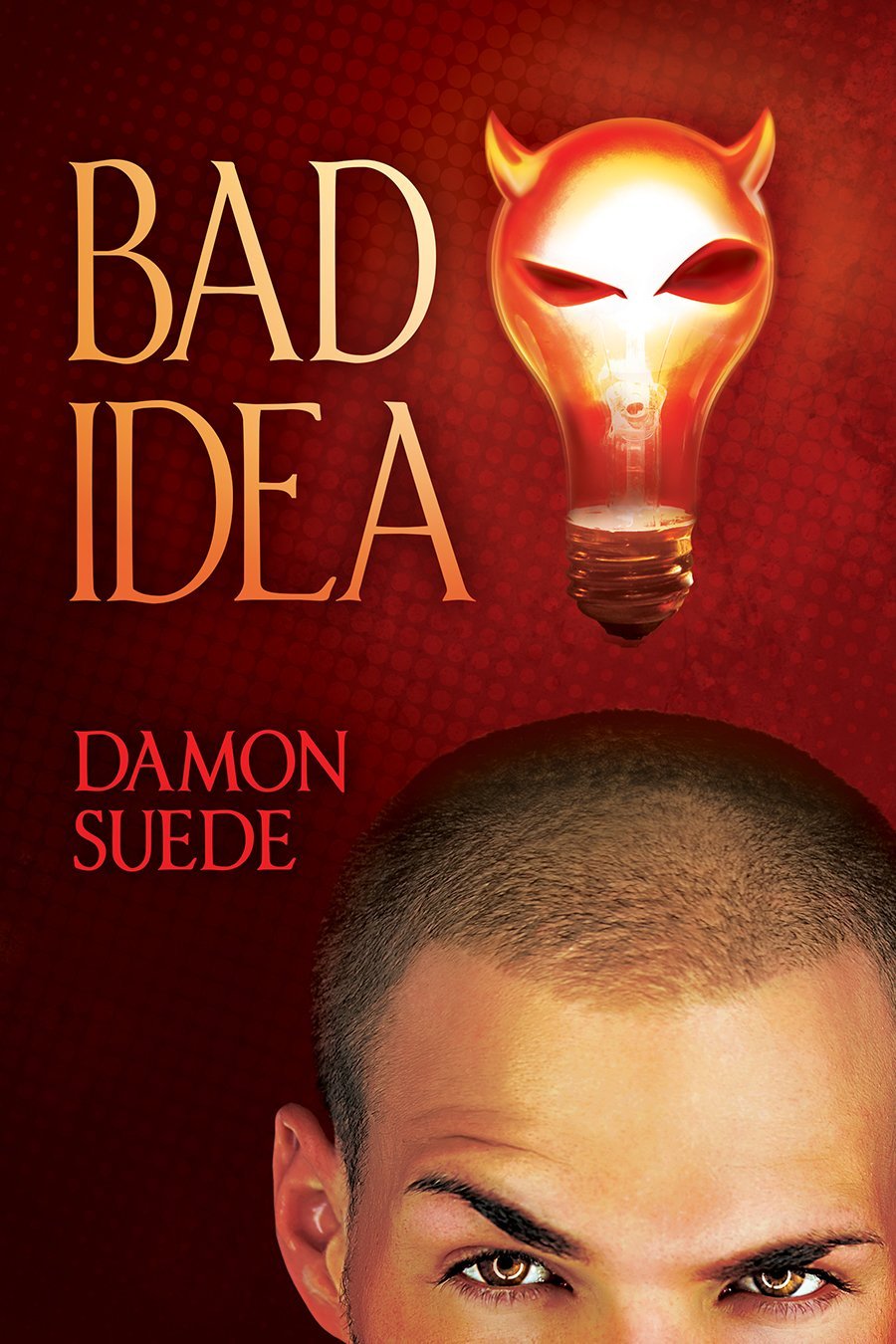 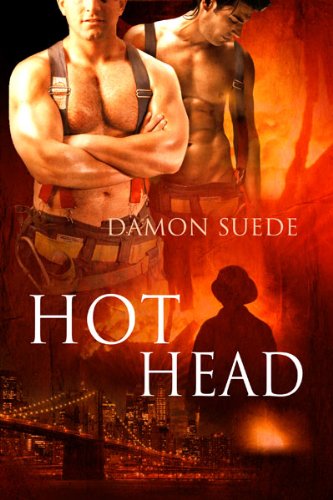 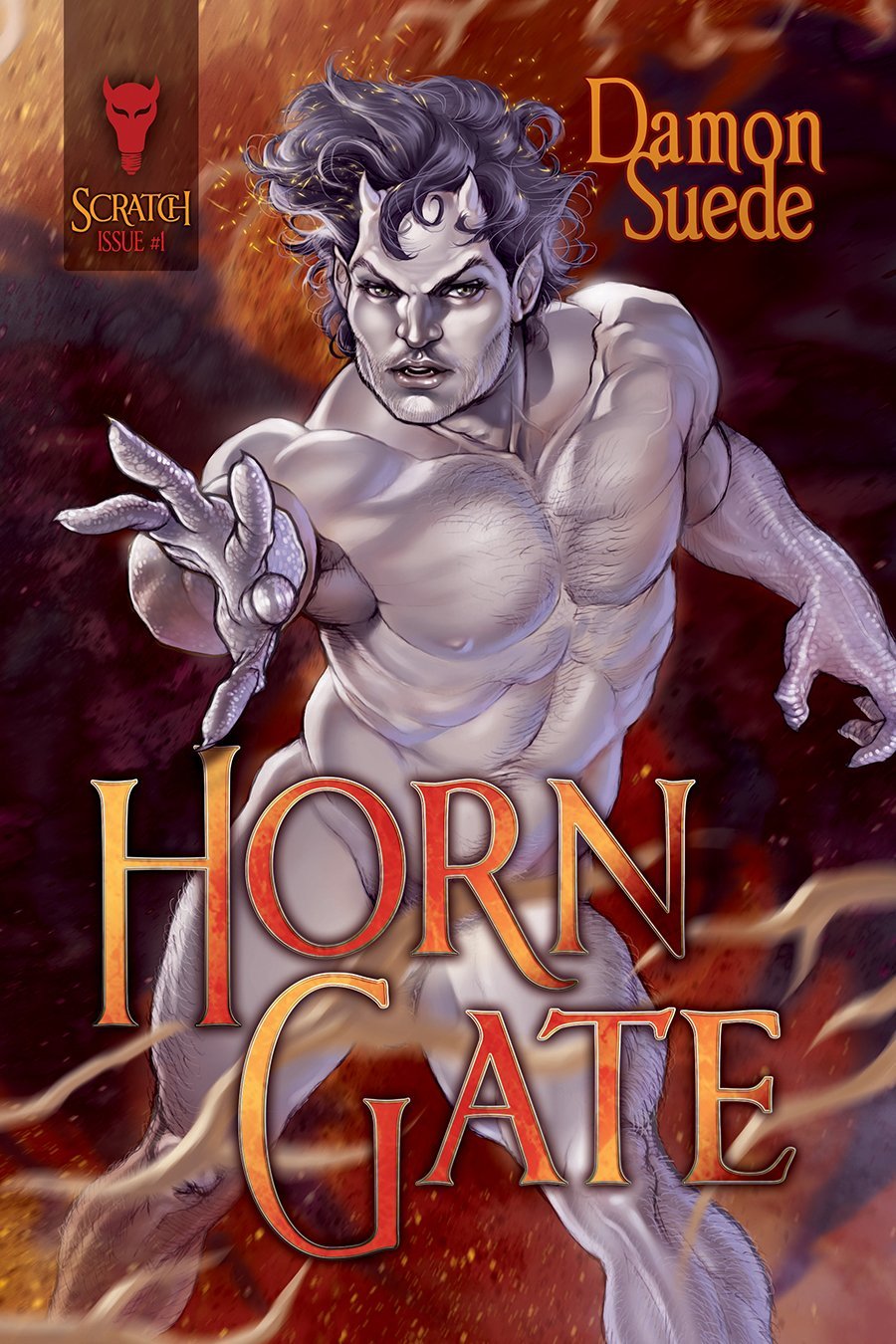