Thin Love was THE new adult read for me last summer. I still can’t believe the vast array of emotions this book made me feel. It was filled with angst, sexual tension, emotional turmoil, explosive characters… I love second chances at love stories, and this one didn’t disappoint. Kona and Kiera had it rough as teenagers, and this made their reunion 16 years later all the better. This book simply blew my mind!

Buy for Kindle
Buy Paperback
Buy for Ibooks
The Story 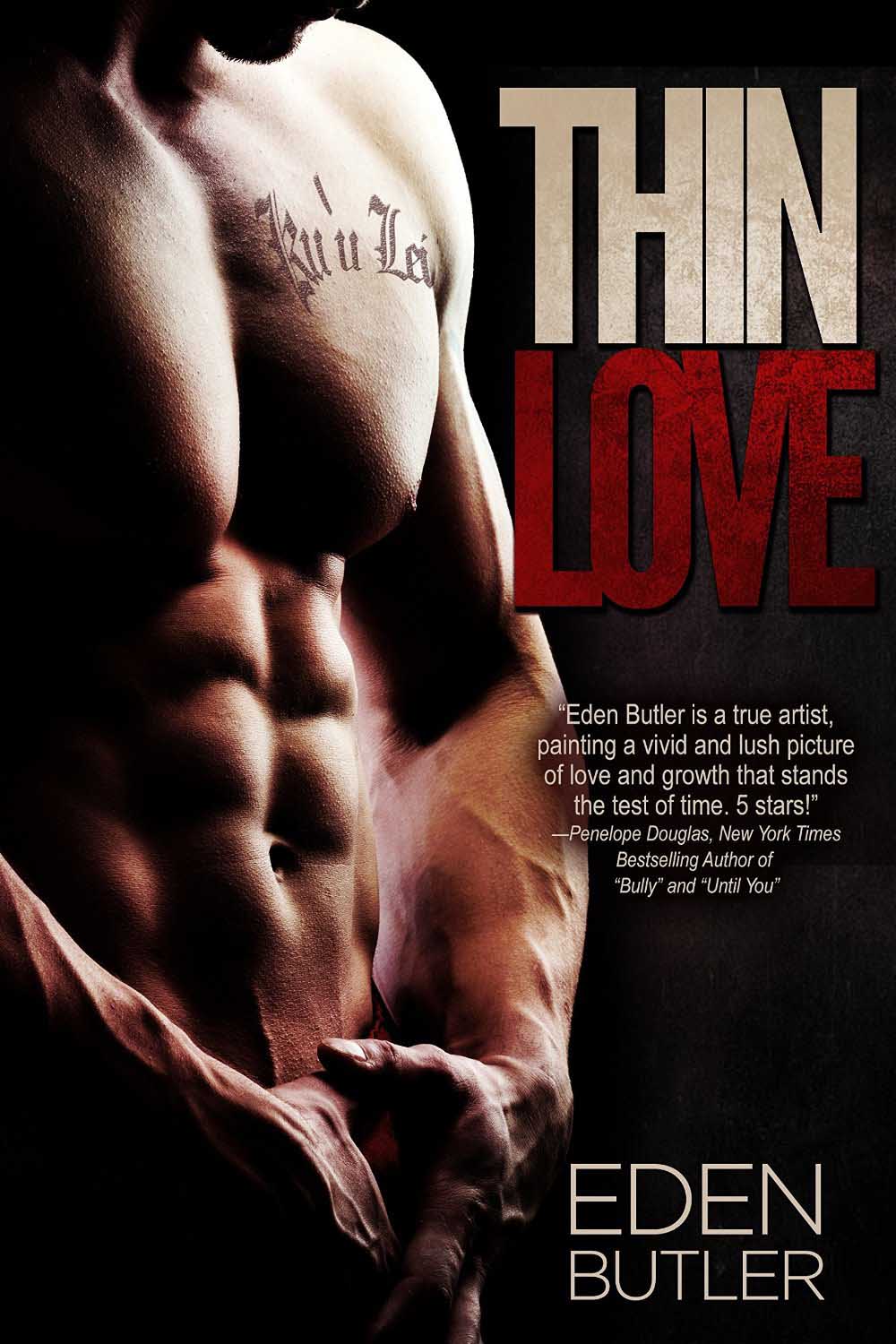 Love isn’t supposed to be an addiction. It isn’t supposed to leave you bleeding.
Kona pushed, Keira pulled, and in their wake, they left behind destruction.
She sacrificed everything for him.
It wasn’t enough.
But the wounds of the past can never be completely forgotten and still the flame remains, slumbers between the pleasure of yesterday and the thought of what might have been.
Now, sixteen years later, Keira returns home to bury the mother who betrayed her, just as Kona tries to hold onto what remains of his NFL career with the New Orleans Steamers. Across the crowded bustle of a busy French Market, their paths collide, conjuring forgotten memories of a consuming touch, skin on skin, and the still smoldering fire that begs to be rekindled.

When Kona realizes the trifecta of betrayal—his, Keira’s and those lies told to keep them apart—his life is irrevocably changed and he once again takes Keira down with him into the fire that threatens to ignite them both.

WOW. This is how I could resume this book for you. Just. WOW.
This was my first book by
Eden Butler, and it certainly won’t be my last!

I don’t do thin love, Kona. I’ve seen what it does. I’ve seen how pathetic it is my whole life.”
“I don’t want easy. I wan the impossible. I want love so thick, I drown in it; it’s the only thing worth having.

I read this book earlier this week and I can safely say that I’m still in state of a book hangover! I know this because I keep looking for similarities in blurbs when I have to choose a new read. (Okay, this and perving on Dwayne “The Rock” Johnson on Pinterest.)

If I had to describe this book with actual words, I would say it was Intense, beautiful, emotional, cataclysmic, heartbreaking, overwhelming, OUTSTANDING.
Yes, that was quite the angst-fest, and I’m not usually too keen on reading books that will likely makes me want to pull all my hair out. But this one made me feel feelings so STRONG, so RIGHT, I literally fell in love with a book, regardless.
This story will grab you within the first pages, so prepare yourself for a long sitting reading session!

This was a wonderful story of second chances at life, love and happiness, covering a 16 years lapse of time, set in two times, past and present.
———————-

———————-
In the past…
Keira, is a 18 year old young woman, dedicated to her studies, and secretly driven by her passion, music. She lived a lonely childhood at home since her dad passed away, raised by a controlling and cold mother.(What I mean by that, is that her mom was a nasty bitch.)

Kona, is a 20 year old manwhore giant hawaiian football star player, exuding arrogance and hotness. (perfect combo, in my opinion) He is used to have his ways on the campus, concentrating his efforts exclusively on the field. Failure is not an option for him.

Nothing could have predicted for these two to cross paths, save for an assignment for their English class’ project.
No insta-love for Keira and Kona, and what a pleasant change from the trend in books nowadays.

Kona is intrigued by this fierce and explosive tempered girl who couldn’t give a damn about who he is/what he is, and doesn’t hesitate to give him hell in front of the whole campus.

I loved, LOVED the slowly built sexual tension, I wouldn’t expect less in an enemy to lovers storyline, but Eden Butler really made it work, by gradually unraveling both Keira and Kona’s personality layers. She did not try to make them perfect, she made Keira and Kona flawed. And flaws they had!

I know what you are. I knew that before we were assigned this project.”
…He watched her expression, the small curl of her mouth, the tremor that bumped a tiny pulse on her cheek as she pushed him back, still standing too close with that tempting mouth just inches from him. Lips that were sweet, words that were poison. “People like you never fucking change.

They both have anger and jealousy issues, which initiates some serious sparks in their relationship and the animosity between them is palpable,
As they seem to fuel on each other anger, those sparks fly, lighting up all in its path.

When he slipped his free hand around her arm, pulling her forward, Keira’s temper flared bright, hot and she pushed back the buzz on her skin and the thought of how delicious he tasted.
He’d kissed her. Again. No regard for her temper. He was too much, assumed too much, wanted too much and Keira couldn’t contain her rage.
… Anger, lust, shame, they all coiled together, shot straight to Keira’s core, aching, throbbing and she felt stupid and unstable.

While their passion and chemistry is indisputable, these two are tangled in an addictive and destructive romance, which constantly leads to hurtful behavior from both of them, causing heartache and disappointment.

“No. It’s not.” Kona pulled her legs from his waist and his hands moved back to her face. His voice was level, calm. “This is you with me.”

Some dreadful event ensues, causing for Kona and Keira to part ways, with a lot of things left untold, and this will stay that way for 16 years.

I will haunt you, Kona. When you think of me, see my face, hear my name, you’ll only remember that I loved you. You’ll remember that my love for you was never thin.

Present time
So what happens when they run into each other 16 years later?

It is her. She is just feet from him after nearly two decades. Instinctively, he touches his chest, just over his heart. It’s where his tattoo is… the one he got for her. She’s always been his beloved.

Well, this is where I leave it for you to discover, hoping you will enjoy THIN LOVE as much as I did.

And I just learned that Ransom will have his book soon, I’m really looking forward to his story!

His boy looks down, frowning. “That shadow, Dad. It’s freaking big.”
Kona takes Ransom by the collar, hopes his voice is easy, calm. “Son, it’s just a shadow. Time to make your own.”

And Miss Butler… This is for you,

And this because, really, this man has one of the nicest smile… 😉