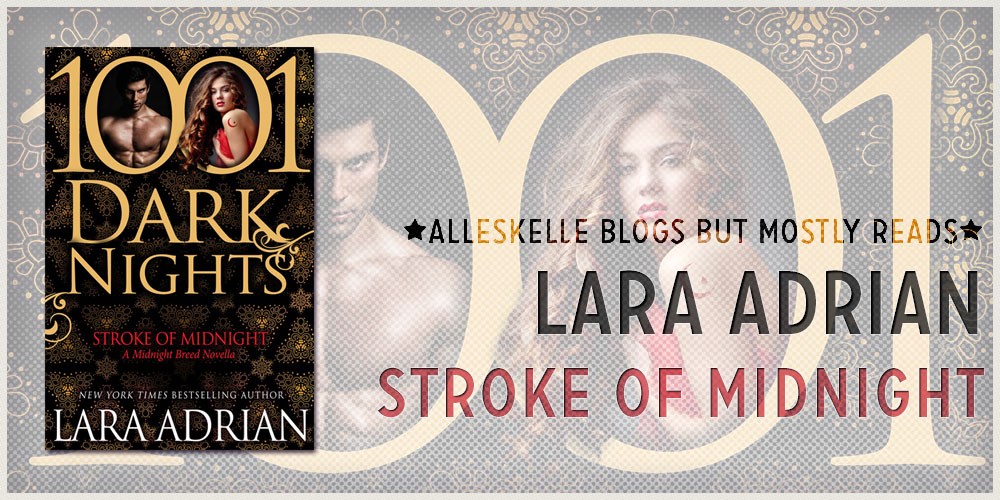 I loved this sexy and mysterious novella, easily reads as a standalone and will hook you right in the Midnight Breed’s world!

Born to a noble Breed lineage steeped in exotic ritual and familial duty, vampire warrior Jehan walked away from the luxurious trappings of his upbringing in Morocco to join the Order’s command center in Rome.

But when a generations-old obligation calls Jehan home, the reluctant desert prince finds himself thrust into an unwanted handfasting with Seraphina, an unwilling beauty who’s as determined as he is to resist the antiquated pact between their families.

Yet as intent as they are to prove their incompatibility, neither can deny the attraction that ignites between them. And as Jehan and Seraphina fight to resist the calling of their blood, a deadly enemy seeks to end their uneasy truce before it even begins…. 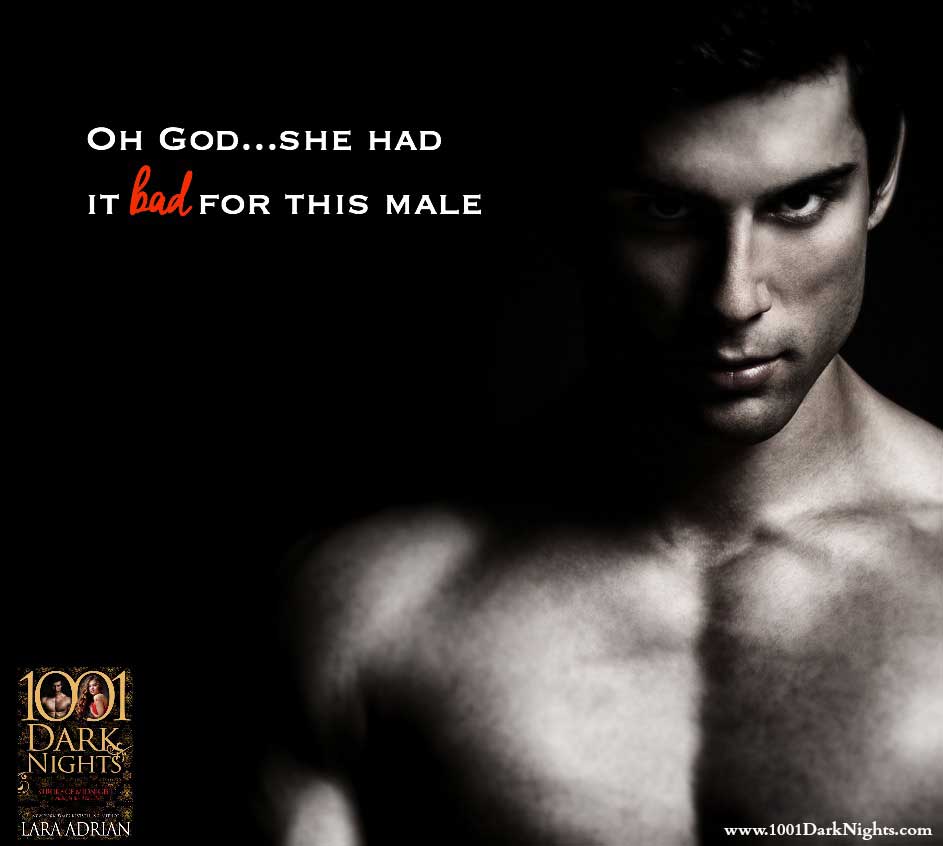 He and his teammates from the Order’s Rome command center had been in pursuit of the four blood-thirsty Rogues since their patrol had been alerted to the killing at the club. They had contained the situation before any of the other humans had realized what was going on, but their mission wouldn’t be over until they ashed the feral members of their own race.

His comrade and good friend, Savage, grinned and gave a nod of his blond head before veering right to take one of the other winding alleys on Jehan’s command. The other warrior, a hulking, shaved-head menace called Trygg, made no acknowledgment to his team leader before vanishing into the darkness like a wraith to carry out the order.

Jehan sped like an arrow through the tight artery of the ancient street ahead of him, dodging slow-moving compact cars and taxis who were getting nowhere fast in the district that was clogged with tourists and club-hoppers even as the hour crept close to midnight.

The public out and about tonight was a mix of human and Breed civilians, something that would have been unheard of just twenty years ago, before the Breed’s existence had been revealed to mankind.

Now, in cities around the world, the two populations lived together openly. They worked together. Governed together. But their hard-won peace was fragile. All it might take was one horrific killing—like the one earlier tonight—to set off a global panic.

While every Breed warrior of the Order had pledged his blood and breath to prevent that from happening, others among mankind and the Breed were secretly—and not-so-secretly—instigating war.

Tonight’s Rogue attack had the stamp of conspiracy all over it. And it wasn’t the first. During the past few nights there had been a handful of others, in Rome and elsewhere in Europe. While it wasn’t unusual for one of Jehan’s kind to become irreversibly addicted to blood, the spate of recent slayings in all-too-public places by Rogues torqued up on some kind of Bloodlust-inducing narcotic had fingers pointing to the terror group called Opus Nostrum.

Just a few days ago, the Order had scored a staggering hit on Opus, taking out its newest leader, who’d been headquartered in Ireland. The cabal was hobbled for now, but its hidden members were many and their machinations seemed to know no bounds. They and all who served them had to be stopped, or the consequences were certain to be catastrophic. 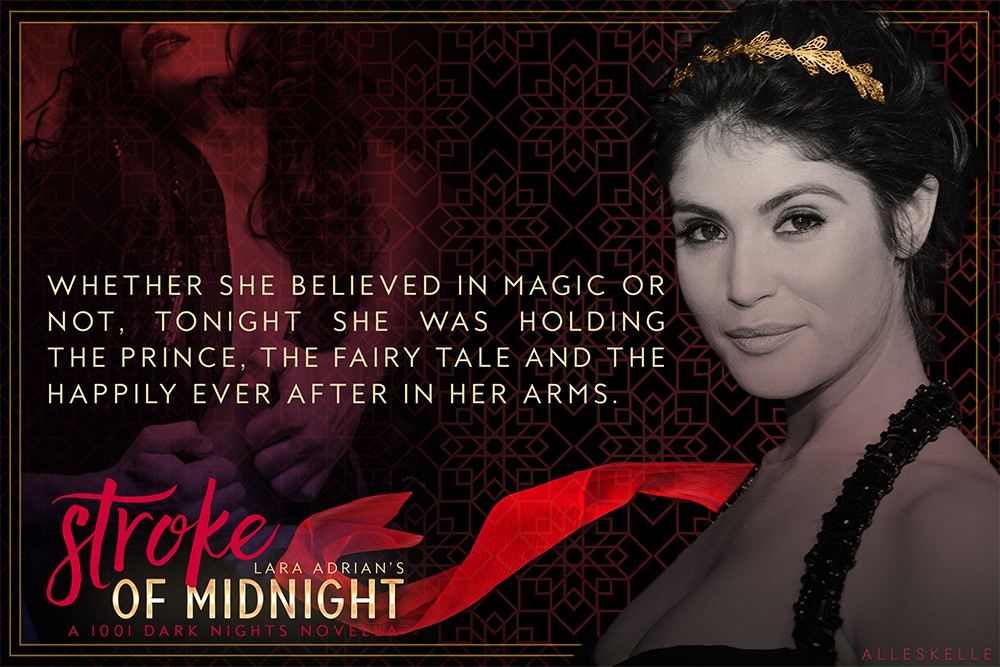 Stroke of Midnight turned out to be the perfect novella to quench my PNR thirst.

Lara Adrian has been recommended to me by many readers has a must read author in this genre. I’ve read the first 2 Midnight Breed books a few months ago and was pleased to know I had so many books to look forward to. After reading quite a few contemporary romance novels these past few weeks, and when the opportunity to review Stroke Of Midnight presented itself, I jumped on the occasion to get my vampire fix.

Setting up in Casablanca of all places (my origins), this novella beautifully mixed luxiurious and inviting scenery, an edge of mystery, seductive and sensual foreplay all wrapped up in a bewitching fairy tale. 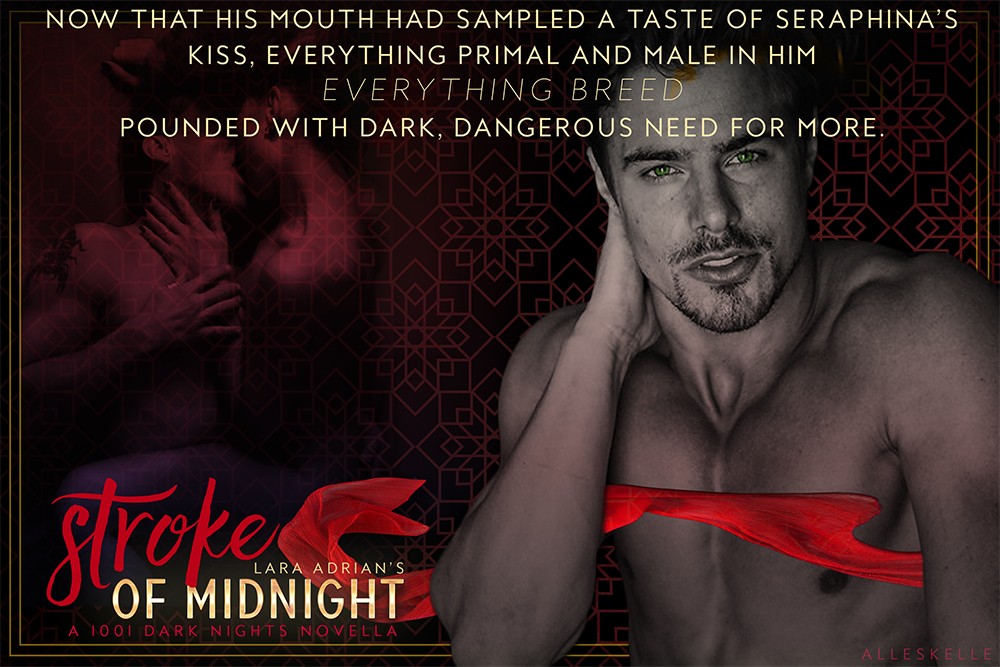 Forced by an ancient pact between their families, vampire warrior Jehan and breedmate Seraphina, both estranged— are unwillingly taking part to the handfasting ceremony that  will secure the future of the Breed lineage. They are contrived to spend 7 nights together in a secluded and retired place with no interaction from the outside world.

I loved Jehan and Seraphina hostility toward each other at first, both reluctant to accomplish their duty but sharing an intense chemistry at first sight. The sexual tension added by Seraphina’s feisty character and a mutual imposed set of rules to not touch each other was infuriatingly enticing! 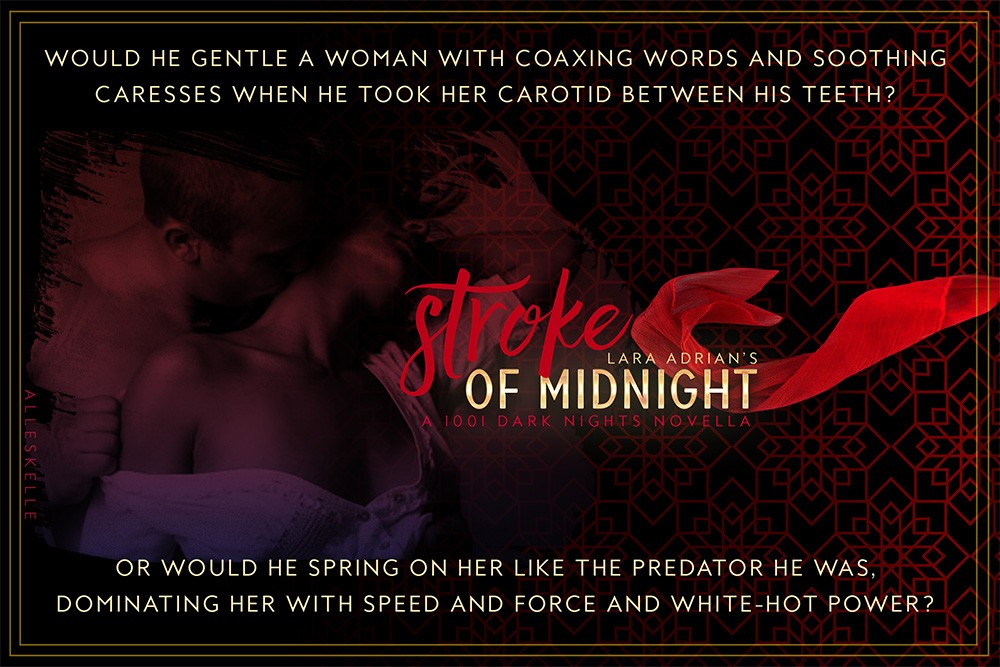 I truly enjoyed every seconds of this alluring and captivating addition to the Midnight Breed series, with just a little over 100 pages, Lara Adrian managed to swept me of my feet page one and left me craving for more.

Part of the Midnight Breed series, Stroke Of Midnight can be read as a standalone and makes the perfect invitation to read more of this world. 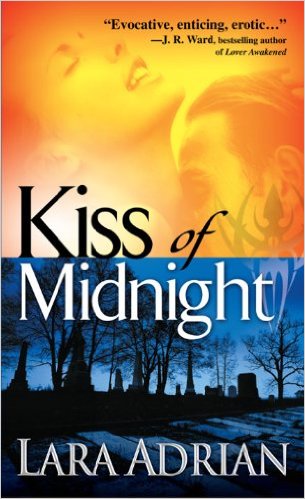 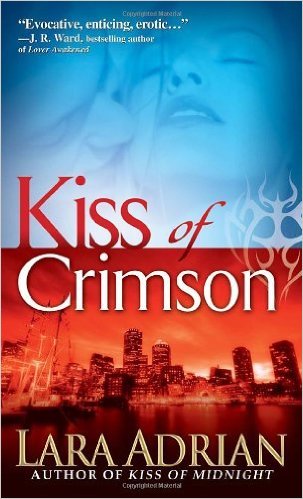 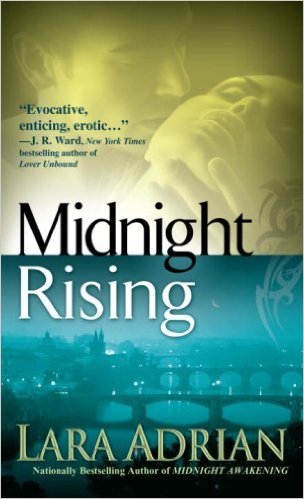 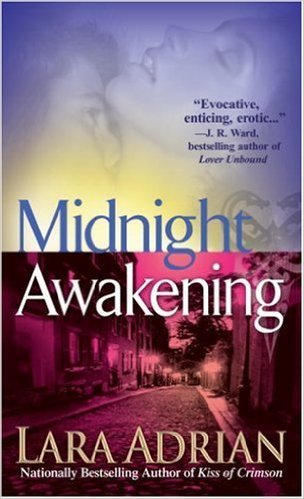 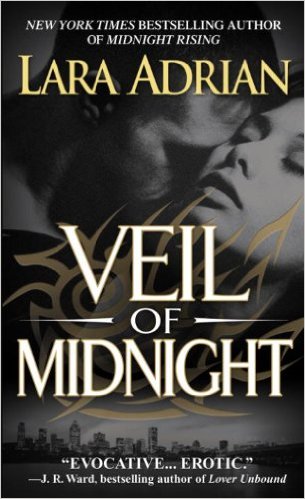 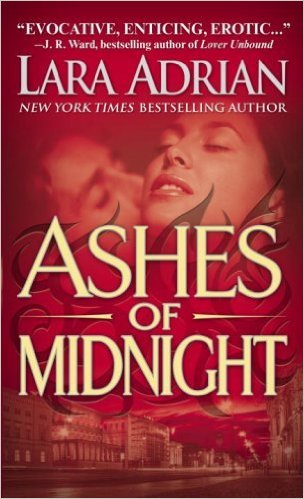