I really liked it!

When hot, single dad, Cam Montgomery gets a taste of Paige Carpino, his busy and complicated life takes on a whole new sweet and spicy flavor.  But can the sweetness he craves withstand the bitterness of past heartache and current chaos swirling around them?  One thing is for sure, if anyone can make Cam’s life fun and delicious again, it’s this petite, sweet Carpino.

Cam Montgomery is a single full time dad who knows his priorities: his kids, his job, his team, his side business. Dealing with his disaster of an ex-wife is bad enough, not to mention delinquent football players and a meddlesome mother. Cam doesn’t have the luxury of time for anything more, especially a relationship. Even if it is sassy-wiseass Paige Carpino, who can still be sweet, but at every turn knocks him on his ass with the unexpected.

That’s figuratively speaking of course. Paige might come in a small package, but she makes up for it in spirit. An energetic spit-fire who has some heat to her sauce, she’s dedicated to her new business ventures, her family and a select group of friends. She’s never put herself out there, but then again, there’s never been anyone worthy of putting herself out there for.

Until one day in a burger joint, an asshole practically enters her into a wet t-shirt contest with his drink. Who knew a wet t-shirt could be the beginning of your life. Or more importantly, that asshole would be your reason for being. But anything and all of the above can happen when you finally put yourself out there for a single-dad-ex-football-player-smarty-pants-hot-man. When you throw the Carpino’s, the Montgomery’s and an eighty-five year old bossy woman in the mix, it’s a recipe for…well…something big.

I’d have to say that my very favorite type of romance series is a family series.  I love getting to know secondary characters and anticipating the time when they become the heroes or heroines of their own great love story.
And as far as I’m concerned, the Carpino family is wonderful.  I want to be a Carpino.  Or marry one. Or be BFF’s with one or just read a dozen different stories about every one of them. So to say I was looking forward to Athica Lane, Paige Carpino’s story, would be a gross understatement.
Athica Lane did not disappoint. 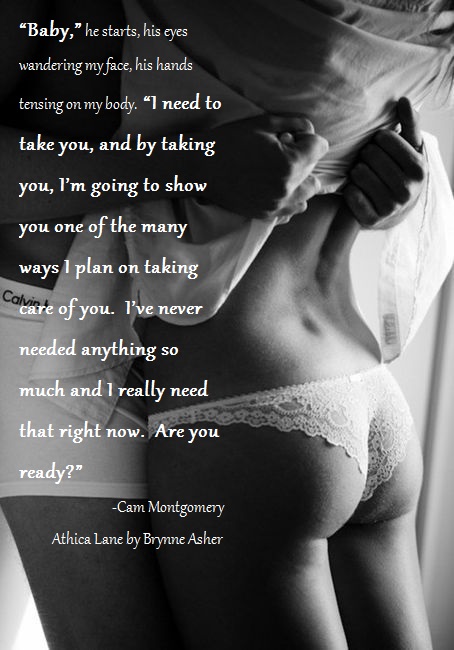 In a family like the Carpinos where the women are meddlesome and the men are bossy, it would have been easy for Paige’ s character to be a pushover. But she’s not, she’s spunky and self-assured, possessing a confidence that’s not false and an independence that’s not just a mask for silly stubbornness.
Paige knows who she is and what she wants. And, like all the Carpino’s and their partners, she has a heart of gold and a generous, forgiving nature.  Paige is a truly lovable heroine amid a sea of romance heroines that test our patience and seem not-good-enough for their hero counterparts.  I loved Paige. 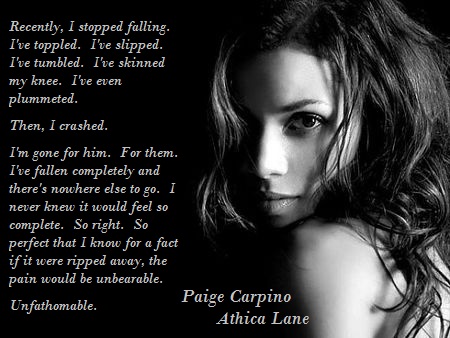 Our hero, Cam, is a bit of a grump.  World-weary, stretched thin by his job as a math teacher, football coach and gym owner, he’s just trying to be the best parent he can be. Cam doesn’t really want to feel such a strong attraction to his neighbor’s younger sister.  But it doesn’t take long for Paige’s sassy, energetic and sweet nature to infiltrate his heart and the heart’s of his two young kids, Jordy and Cara.  And soon it’s clear that despite an age-difference, troubles with his ex and work obligations, they can’t possibly fight the pull they feel for each other. 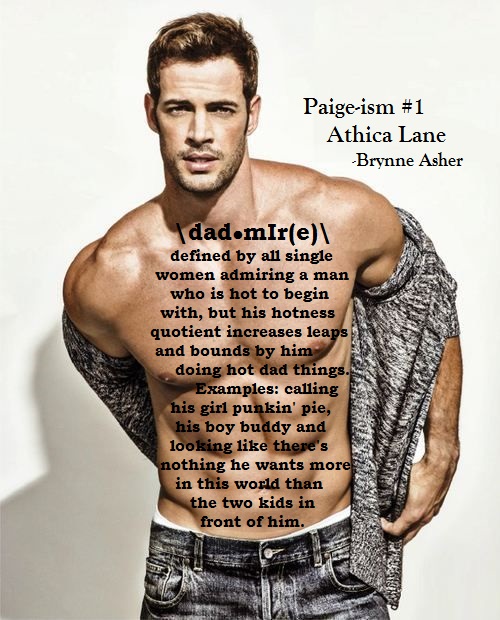 I knew I wanted you.  I shouldn’t have, but I took you anyway.  Now my sweet Paige, you’re mine.  This is it.  I’m not letting you go.

Cam proves to be a hero that nearly drives you crazy with his high-handedness.  He rides the line of making the reader angry, but then it’s clear that Paige can more than hold her own with him and underneath, he’s actually kind of a marshmallow.  A buff, growly marshmallow.

Then the moment comes when I’m sure I’ve got you figured out and think there’s nothing more you could possibly throw at us, and what do you do?  You go and make fucking broccoli taste good.  So yeah, Paige, I’m not feeling much in control right now.

The story isn’t just a cute tale of a plucky caterer who brings light and fun into the hearts of the lonely, grumpy single-dad and his mother-less kids.  No, there’s struggle, suspense, sexiness galore and decisions about where their life paths will take them before they can reach the end. There are wise, interfering and troublesome friends and family who make it all a bumpy, funny and harrowing ride along the way. 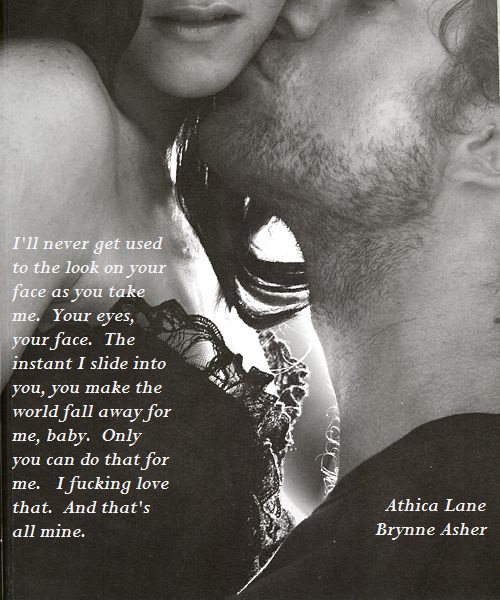 Rosa with her delightfully demanding ways and elderly wisdom and Cam’s parents with their wide-open love and expressive Texan-talk, had me chuckling. This tale is certainly not short on characters. Everyone from gruff, possessive Cam to the hissing and yowling John Wayne (cat), was full of personality and brought so much depth to the story.
This may be a personal issue for me, but sometimes I wanted the men in this book to stop being so bossy. Paige was a really great balance of assertive and sweet.  But there were times I almost wanted her to become a ball-buster to put them all in their place.  Also, Cam internally refers to his ex-wife as “Fucking Bekki” almost every single time. Granted, Bekki shows herself to be a not-so-great person, but it did start to color my opinion of Cam, making me think he was just too bitter for sweet Paige.  In the end, though, I didn’t feel that Cam was anything other than completely wonderful. 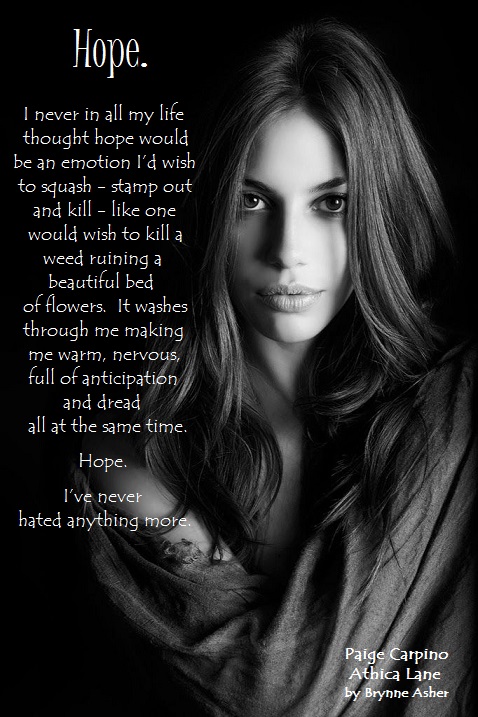 Athica Lane would work just fine as a standalone. But I’m sure that anyone who starts with Athica Lane will find themselves wanting to know more about Gabby and Jude and Tony and Leigh and want to pick up Overflow and Beautiful Life.

This series gets better and better with each book. The characters get deeper, the storytelling gets richer and the pacing gets set at steady, creating a read that’s nearly impossible to put down. I stayed up well into the night to finish because I couldn’t leave it until the morning.
The issues I had with the first book: lack of character depth for the hero, an imbalance of heroine-POV to hero-POV and too many lengthy descriptions of furniture and clothing and such that bogged down the pacing, were all complete non-issues for me with this 3rd book.
Ms. Asher’s writing is getting sharper with each story and I thoroughly enjoyed this addition to the series.  I look forward to more from her and am sure that she is an author to watch.

Brynne Asher grew up in the Midwest and now lives in Northern Virginia with her husband, three children and her perfect dog. When she isn’t creating pretend people and relationships in her head, she is running her kids around and doing laundry. She enjoys cooking, decorating, shopping at outlet malls as well as online and is always seeking the best deal. A perfect day in “Brynne World” ends in front of an outdoor fire with family, friends, s’mores and a delicious cocktail. 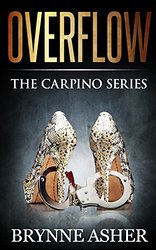 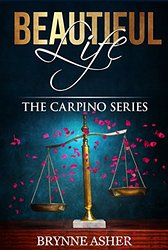 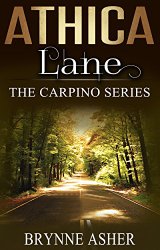 (Alleskelle Blogs is not responsible for this giveaway. Please contact the author of the book.)