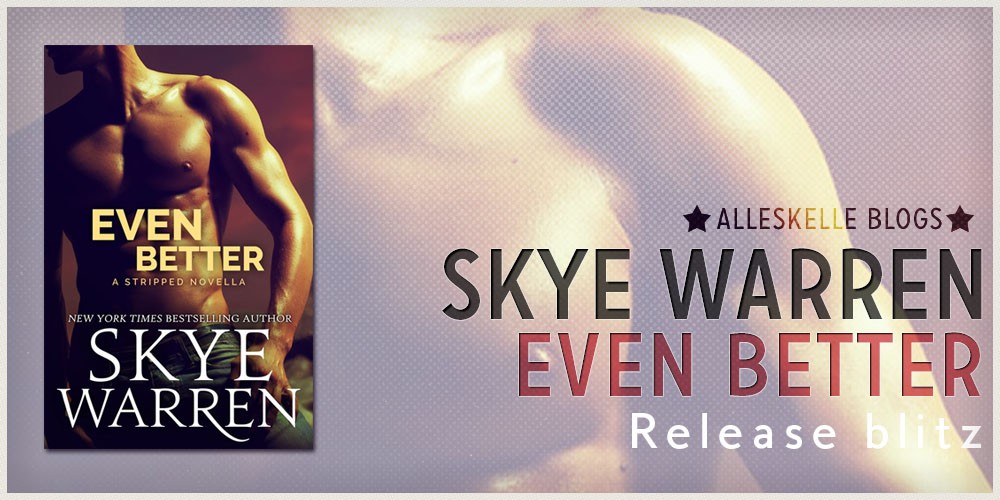 A story about how coming together can break us apart…

An old military friend of Blue’s comes to stay with us, and suddenly I have two muscled men surrounding me. Before I can take a breath, we’re diving into something dirty together—something dangerous. Dangerous because three is a crowd.

This is Blue’s best friend, and one of us will have to leave.

EVEN BETTER is a sexy follow up novella best read after BETTER WHEN IT HURTS. Fair warning: Contains two hot ex-military men and a girl caught in the middle. 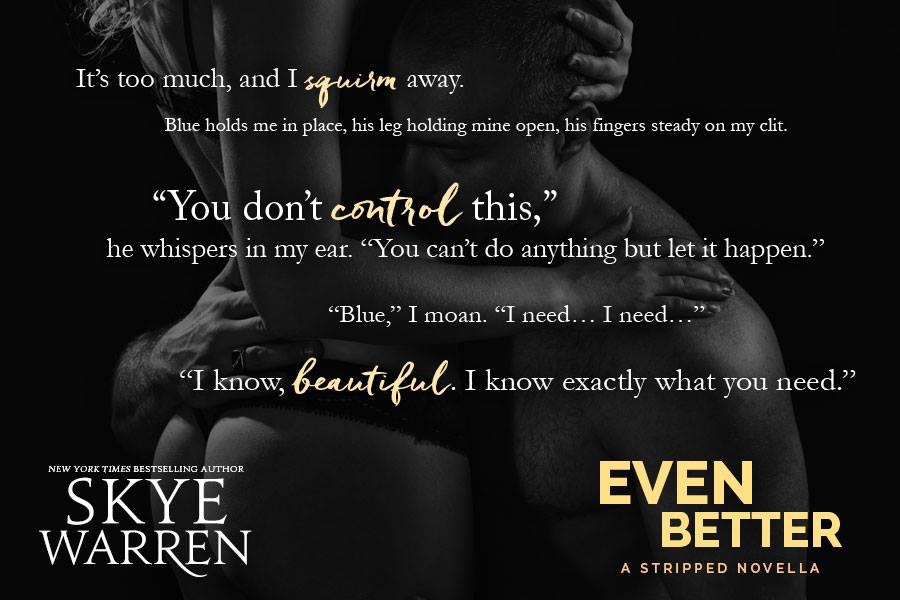 I expect West to laugh. They have a competitive camaraderie that is fun to be around. Except he doesn’t laugh. He doesn’t even crack a smile. Instead his gaze drops to where Blue’s hand is on my ass. For the first time since he showed up, lust flashes across his face.

Nervous, I glance at Blue. He’s watching me, lids low, a dark expression on his face. He knows exactly what he’s doing, and I think he likes it. It’s some kind of tease, an extension of their friendly competitiveness, natural and somehow intimate.

So intimate it makes me wonder if they’ve ever done more than tease.

My eyes widen. “Have you and him ever…?”

The corner of Blue’s mouth lifts. “What’s that, beautiful?”

The words come out in a rush, and I know from the sultry, smug looks on their faces that I’m right. “Not shared,” Blue says. “Not exactly. But I watched sometimes, sure. We’d get a night off and head to the bar near base. There are, what? Two men for every woman there. Maybe more.”

“Some girls like an audience,” West says, the drawl in his voice more pronounced.

The room feels twenty degrees hotter as testosterone and arousal swirl in the air. I had no idea that Blue was kinky enough to watch a couple have sex—although he’s been plenty kinky in other ways with just me and him. I imagine being some girl in a bar, being picked up by two men as big and strong and sexy as these two. It’s overwhelming…and I realize I may not have to imagine it after all.

Blue watches me from slitted eyes.

My voice is shaking. “Did you want me to—”

“You don’t have to do anything you don’t want to, beautiful. We’re just getting to know each other, after all.”

Blue shifts in his chair slightly, so my leg is trapped around his, and I’m slightly more exposed—facing West fully. “Maybe we could give him something to see,” he murmurs. “A nice little memory to bring to bed with him. Would he like that?”

West is completely still, lean body full of tension. “Christ, yes.” He pushes back in his chair, his expression more pain than pleasure. “Only if you’re okay, Hannah. Only if…”

Just like Blue and West think all they can do is fight, all I can do is dance. And this isn’t even dancing for strangers. This is dancing for the man I love—and his best friend.

Except dancing isn’t what Blue has in mind. 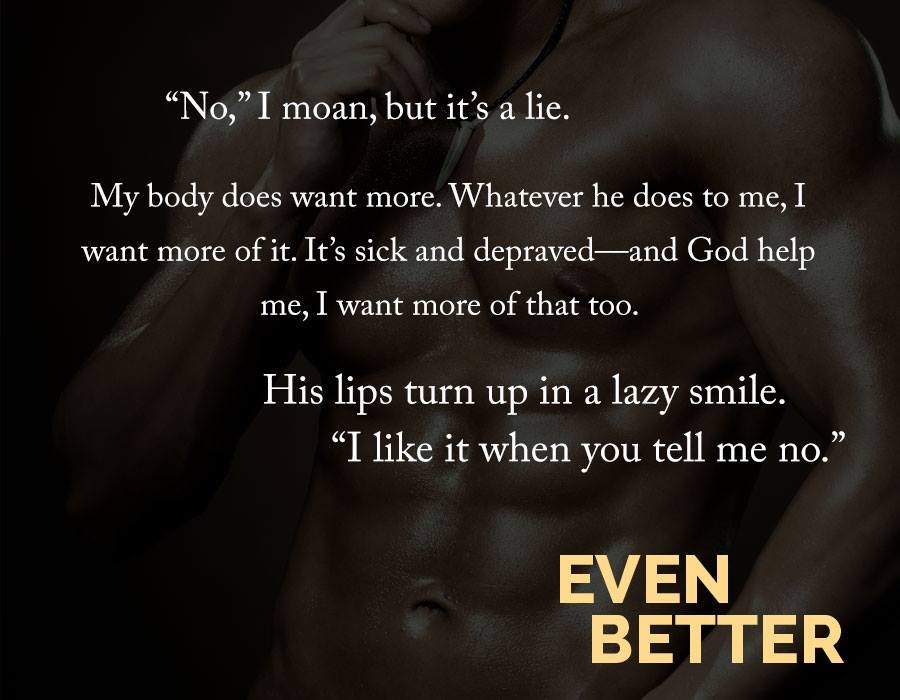 Skye Warren is the New York Times and USA Today bestselling author of dark romance. Her books are raw, sexual and perversely tender. For those new to her work, consider the bestseller Wanderlust, Prisoner or the Dark Nights series starting with Trust in Me. 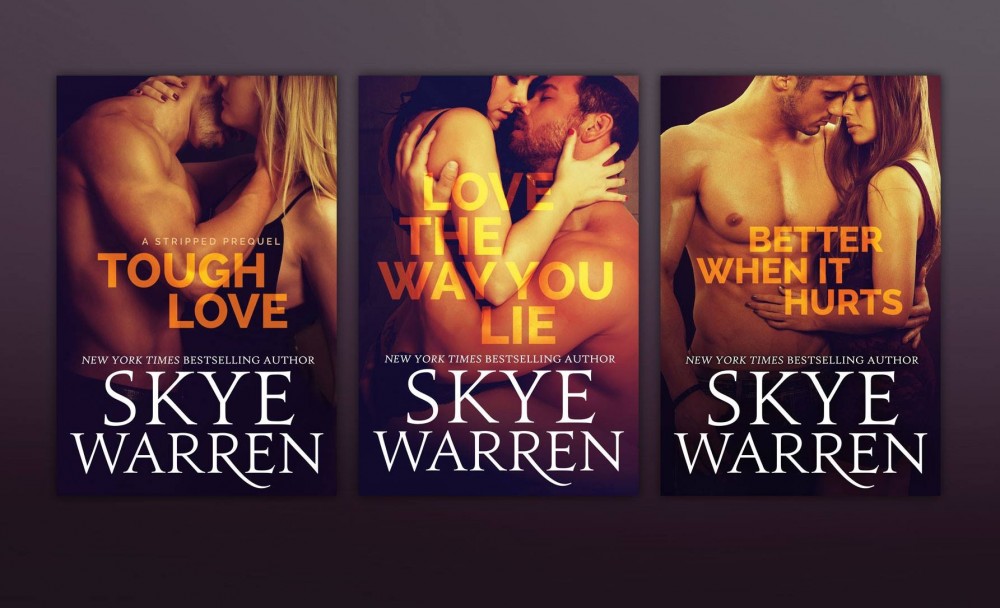 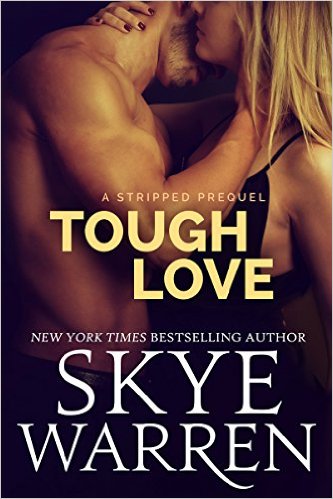 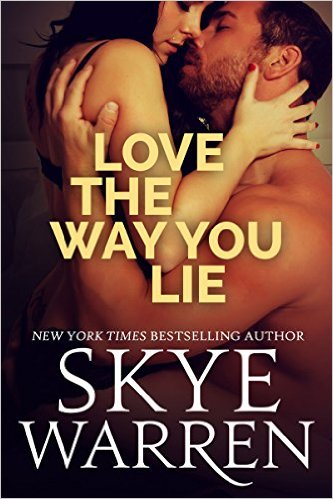 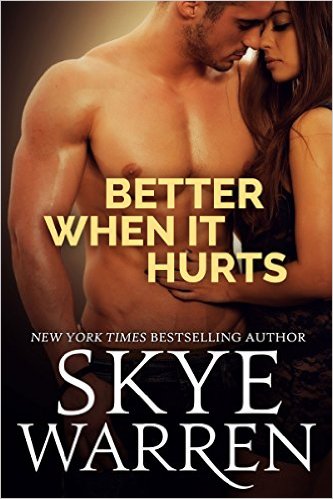