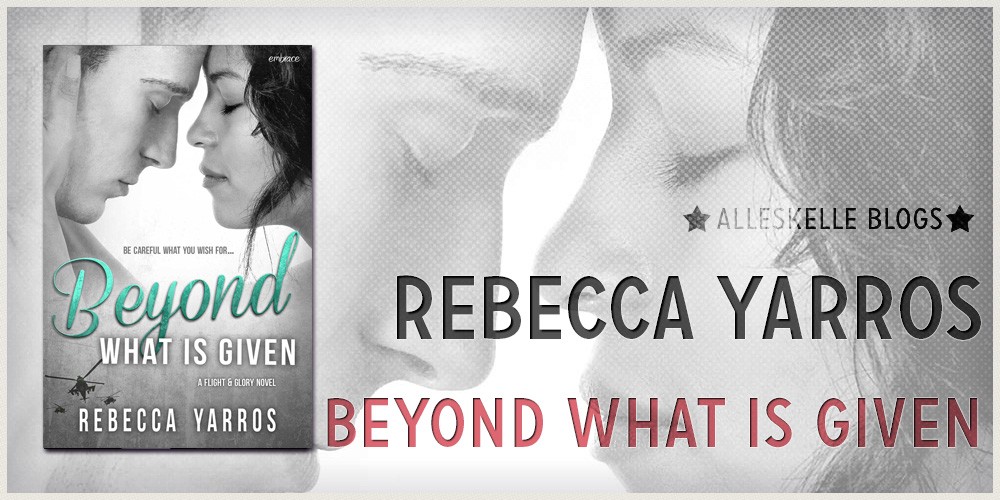 Enjoyable friends to lovers romance if you can handle the drama attached to them.

Lt. Grayson Masters is focused on graduating the Apache helicopter course, and the last thing he needs is his gorgeous new roommate Samantha Fitzgerald distracting him. While her smart mouth and free spirit are irresistibly irritating, he can’t deny their off-the-charts chemistry, no matter how hard he tries.

Having just been expelled from college, Sam has no business digging for Grayson’s secrets while she’s hiding her own, but that doesn’t stop her from trying to tear down his walls. Each barrier she busts through drops one of her own, though, and she’s not prepared for the truth: another woman laid claim to Grayson’s heart long ago.

Falling in love is something neither Grayson nor Sam can afford, and when that line is crossed and secrets are exposed, they’ll learn that sometimes it’s the answered prayers that will put you through hell. 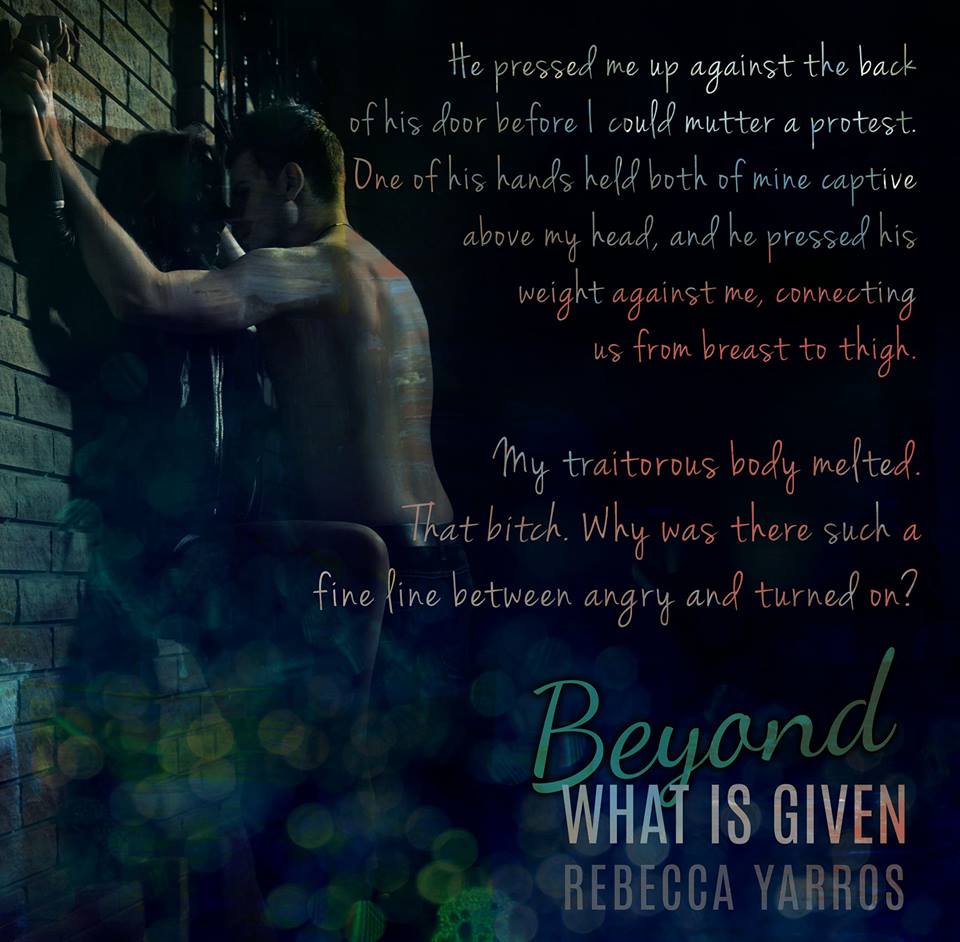 Grayson’s choices were so calculated, so deliberate, I doubted he’d ever so much as been late for a class.

“Samantha?” His eyes softened, revealing the give in him, and it cracked my own defenses.

“Have you ever made a mistake, Grayson? And I don’t mean the kind that costs you an apology. I mean one that destroys you? Where you lie awake at night, unable to sleep, because you’re terrified of what’s going to happen the next day, and the one after that? Where you’d give anything, and I do mean anything to go back and make a different choice? Where you’re sick all the time at the thought of what you’ve done? Because I have. I’ve crumbled my entire future, shredded any hope of finishing college, and killed off who I used to be. And I don’t…I don’t know how to come back from something like that.”

“You don’t.”
I jerked back, but he held me immobile against him. “Stop, and listen to me. I’m not going to belittle you by

“You wade through the pain, and the guilt, and the excuses you make to yourself. Stop drowning in alcohol to numb the fear, and suck up the bitter taste of accountability.

You move on with who you are now. It’s not easy. If you think you screwed up that badly, then maybe you did, but you also have to leave room for the chance that you didn’t. Have you talked about it?”

I shook my head. There were two of us who knew the whole truth, and that circle was big enough. “I’m not sure I’m ready to let go of everyone’s vision of who I am. It’s so much prettier than the truth.”

“Definitely not think-through-everything-twice Ember. She wouldn’t understand, and I’m not sure I could handle her reaction.”

He swallowed and broke our stare like it had become too much because we both knew the truth—it had. “That’s the hardest part, letting someone see who you really are— scars and all. I’m…” He cleared his throat. “You need to trust someone enough to tell them the truth. Make peace with it before it eats you alive. I listen really well if you don’t have anyone else.”

I scrambled to throw up a wall between us. It was safer when he was hurling snotty comments at me. That, I knew how to handle. But this Grayson? The one holding me carefully, keeping me warm while the storm raged outside, offering to help carry the crippling weight destroying me? I didn’t know what the hell to do with that one. 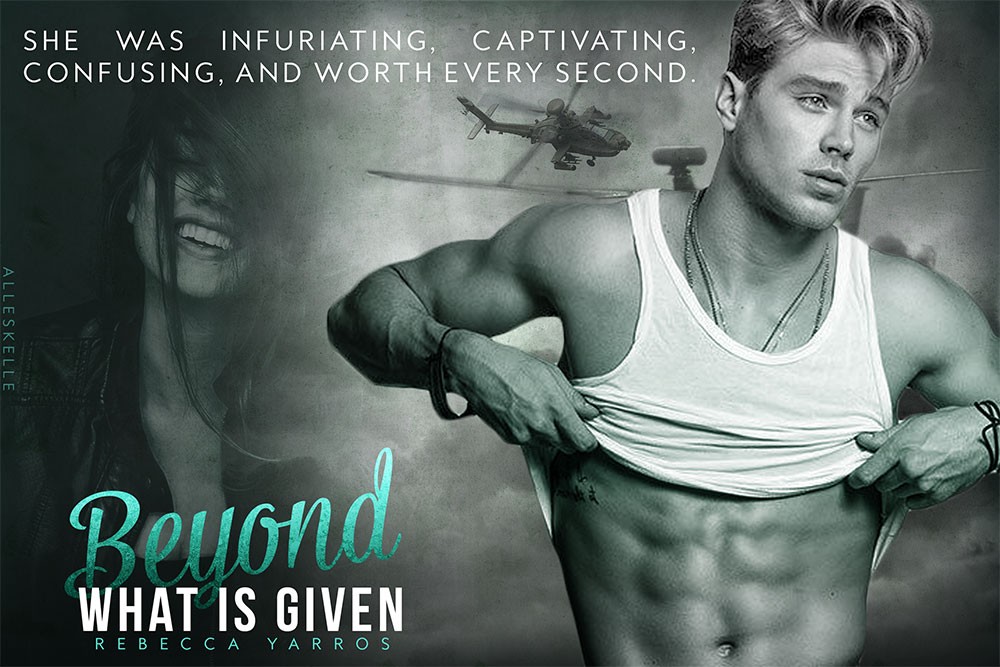 One mistake doesn’t define your life.

Samantha Fitzgerald is running away from a mistake that cost her everything, respect from people, her place at school. A mistake so heavy that she can’t apply to any university without getting rejected. Still, she tries her luck in Alabama, where her friends offer her a place to stay.

Grayson Masters is a loner in a golden boy package. He seems dedicated to achieve his pilot training, never indulging in partying or social activities a man his age should be, he doesn’t date either. He’s a bit of mystery.

Grayson wasn’t expecting the new roommate, Sam, to be a girl. Definitely not a girl that has his blood running. Full intent to stay focused on his goal to be top of his Apache Helicopter training class and whatever secrets are waiting for him at home, Grayson is trying is damnedest to ignore the pull he’s feeling toward Samantha.

She makes me feel like I’m flying my helicopter. Free. Like I’m standing on the edge of something I can barely control, and it could be the most amazing ride of my life, or I could burn one into the ground. 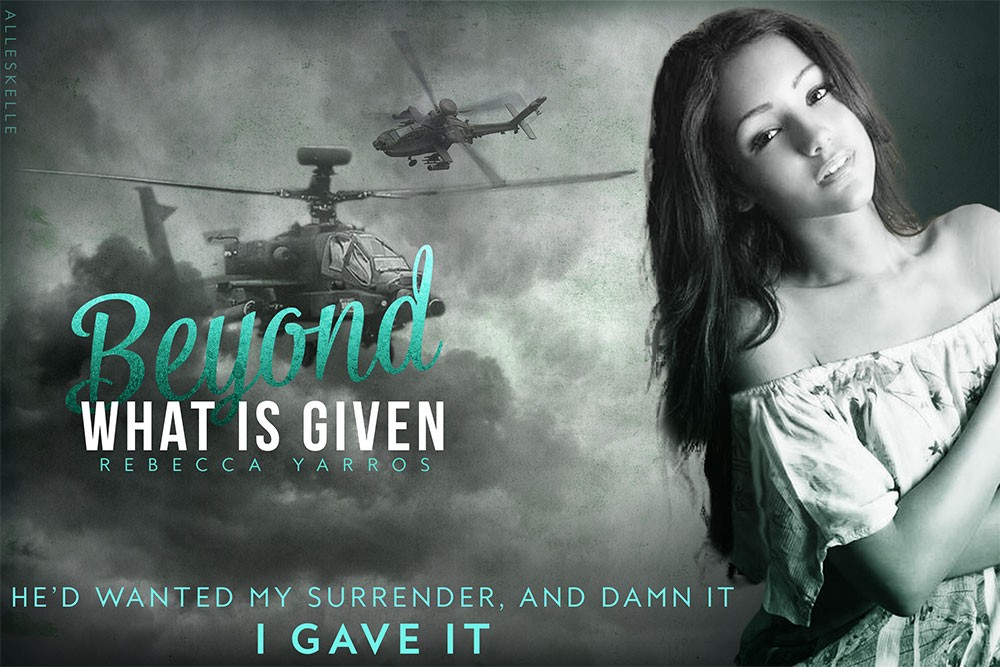 I really enjoyed the tension between Grayson and Samantha as they tried to know each other, trying to maintain a friendship despite their mutual attraction. The pull however was so strong, inevitable and I enjoyed every minute of it. I loved witnessing the brooding and secret Grayson opening up to Sam like he never did with his own friends. The evolution of their relationship going from friends to lovers effortless, but a slow burn nonetheless.

Secrets on both sides eventually will come to taint their yearning feelings, Grayson having scars he’s not ready to share. But opening up to someone for the first time, he’s soon confronted to his new reality, something that could probably cost him everything he’s building with Sam.

As much as I enjoy some angst in my books, the subject involved here, and the way it was stretched with Grayson’s little sister meddling, was a bit too much for me.

I couldn’t accept that people from his own family kept adding guiltiness and weight to his shoulders.

Overall I enjoyed the book, mostly the friendship to romance part and secondary characters but I was annoyed with Grayson’ sister—Parker. She was the designated bad guy of the book, wielding more drama than necessary.

Rebecca Yarros is a hopeless romantic and lover of all things chocolate, coffee, and Paleo. In addition to being a mom, military wife, and blogger, she can never choose between Young Adult and New Adult fiction, so she writes both. She’s a graduate of Troy University, where she studied European history and English, but still holds out hope for an acceptance letter to Hogwarts. Her blog, The Only Girl Among Boys, has been voted the Top Military Mom Blog the last two years, and celebrates the complex issues surrounding the military life she adores.

When she’s not writing, she’s tying on hockey skates for her kids, or sneaking in some guitar time. She is madly in love with her army-aviator husband of eleven years, and they’re currently stationed in Upstate NY with their gaggle of rambunctious kiddos and snoring English Bulldog, but she would always rather be home in Colorado. 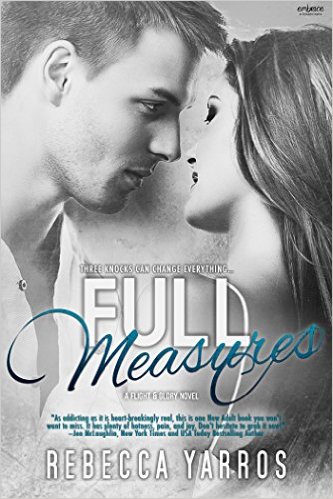 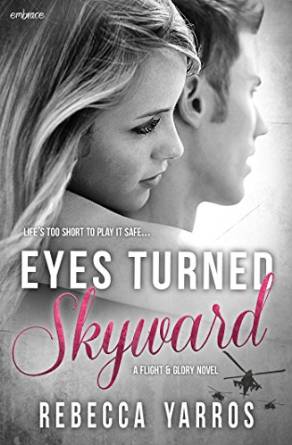 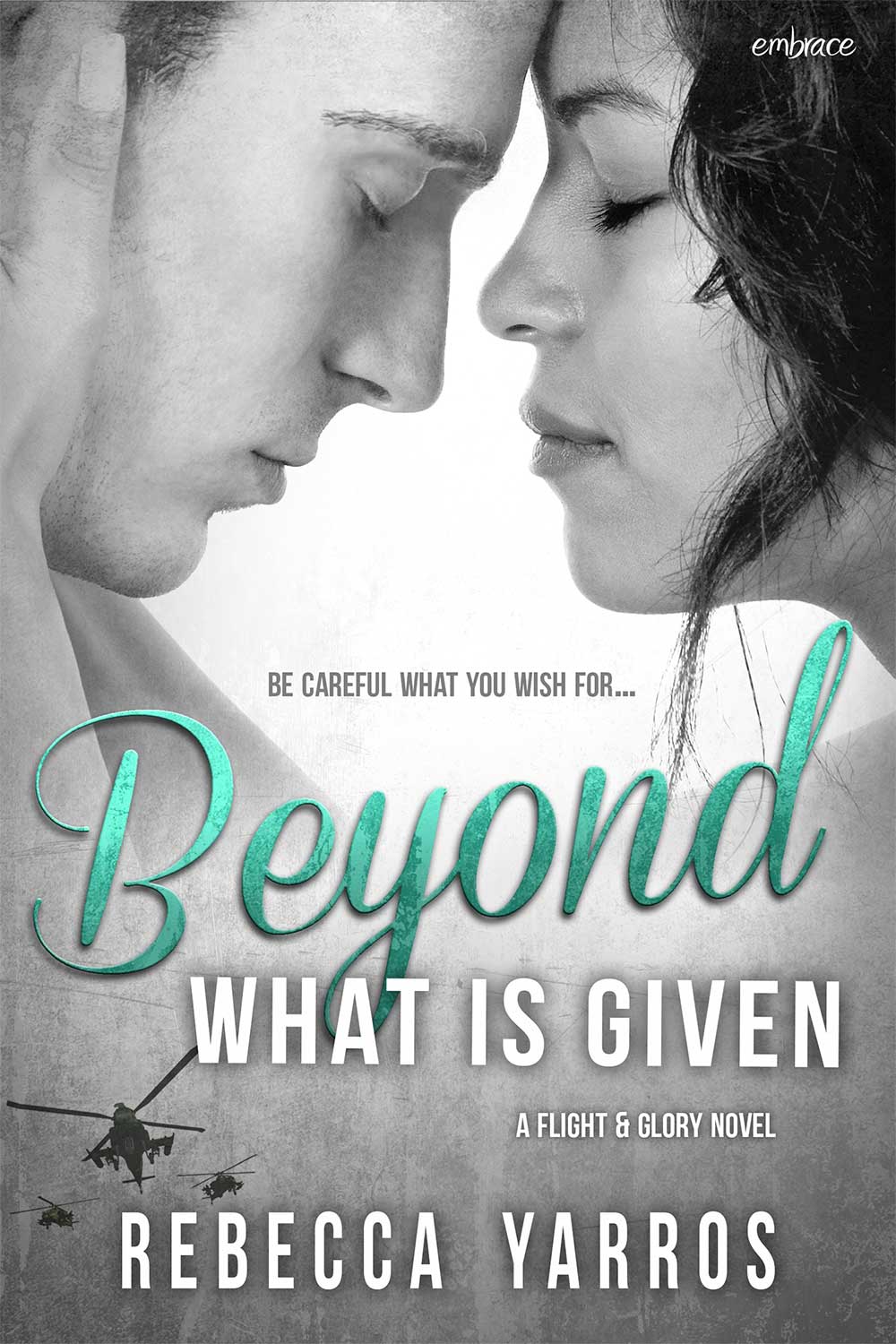 (Alleskelle Blogs is not responsible for this giveaway. Please contact the tour host : Tasty Book Tour.)

When the slow burn in your current book finally consumes them both… Gah! Best 72% ever!