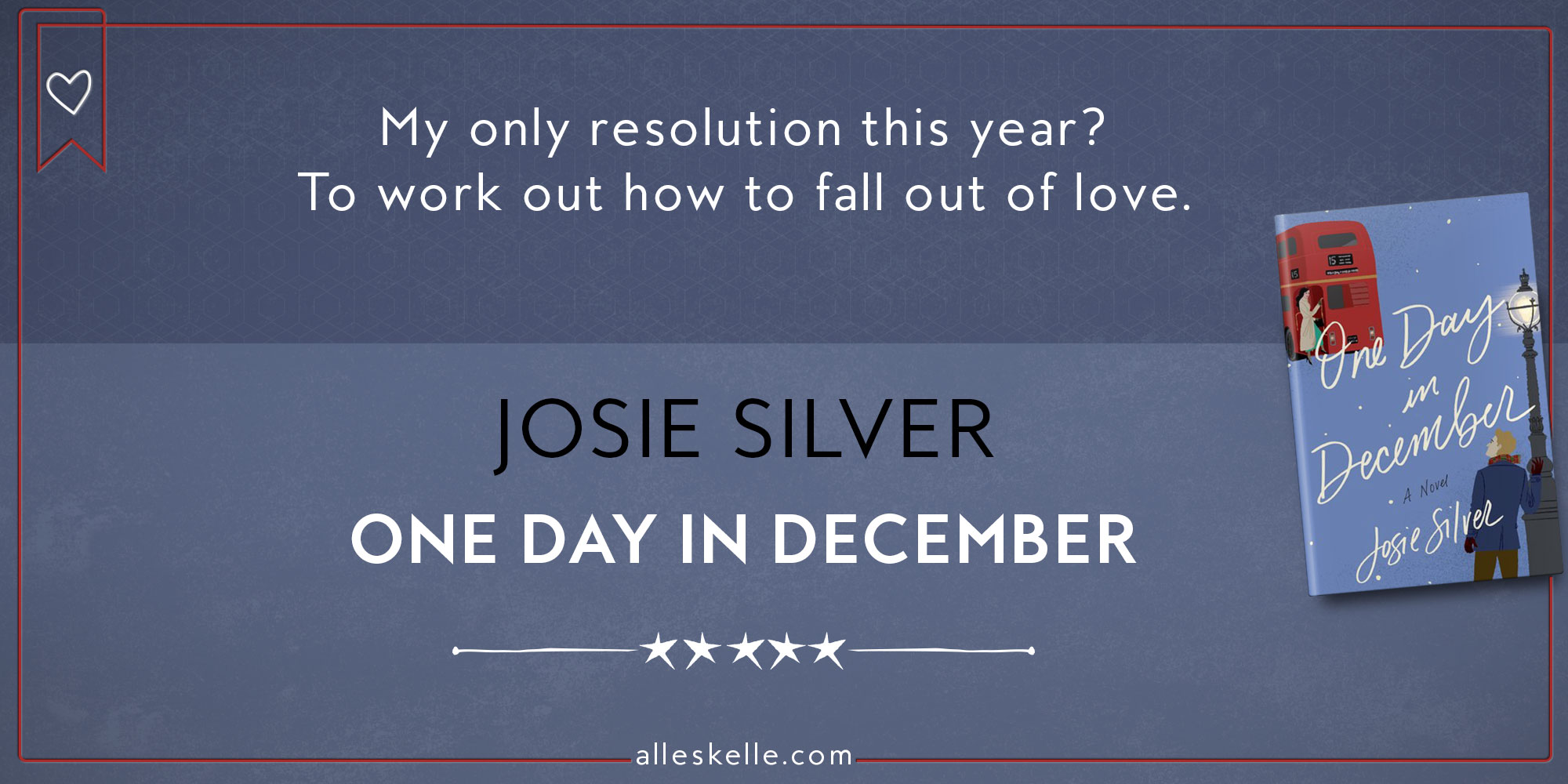 This book was one wonderful treat that will do nicely if you’re looking for something to curl up to come the winter nights. Pure delight. 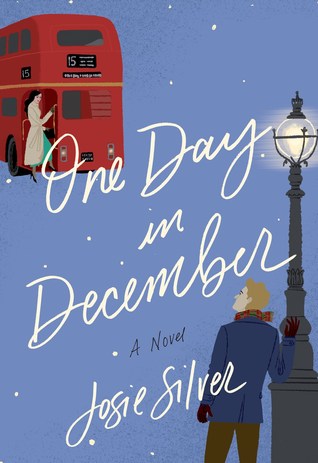 A love story about what happens after you meet, or rather, don’t meet the one.

Laurie is pretty sure love at first sight doesn’t exist anywhere but the movies. But then, through a misted-up bus window one snowy December day, she sees a man who she knows instantly is the one. Their eyes meet, there’s a moment of pure magic…and then her bus drives away.

Certain they’re fated to find each other again, Laurie spends a year scanning every bus stop and cafe in London for him. But she doesn’t find him, not when it matters anyway. Instead they “reunite” at a Christmas party, when her best friend Sarah giddily introduces her new boyfriend to Laurie. It’s Jack, the man from the bus. It would be.

What follows for Laurie, Sarah and Jack is ten years of friendship, heartbreak, missed opportunities, roads not taken, and destinies reconsidered. One Day in December is a joyous, heartwarming and immensely moving love story to escape into and a reminder that fate takes inexplicable turns along the route to happiness.

As far as meet cute goes, I can honestly say the receding blackened part of my heart likes “the love at first sight” kind a lot. No seriously, I love them.

Now, throw in missed opportunities, friends to lovers, a slow burn, love unrequited and I’m a goner. “One Day In December” was utterly satisfying for the romance reader that I am!

I know some will read the blurb and gently back away from it because I’ve myself let the whole “heartbreak, missed opportunities spanning 10 years” thing scare me off…for a little while. I mean, it sounded heavier than what my mood was set for (moody reader, always,  here!) and I decided to wait a little bit before diving in.

Last night, as I was perusing the never ending list of books available on my kindle, I told myself  to stop being ridiculous, I had loved every previous story this author crafted, why not this one?

I started the book around 11pm and finished it just before 6am. That’s how invested I became!

Starting “One Day In December” felt entirely comforting for me, given I’m a great fan of the author’s pen—no matter the genre, she easily lures me into her stories in just about a couple pages (Josie Silver also writes as Kat French/Kitty French).

It took even less this time for me to be taken with the heroine, Laurie’s voice being like listening to a good friend. The wit, the brit slang and the setting felt somehow cocooning, as—you’ll have to trust me about this one— the opening chapter will make you walk into Laurie’s shoes and see the scene through her eyes. Yes, I was expecting to see my breath fog in the night anytime now.

One night of December, through a misted-up bus window, Laurie finds herself ensnared with a man she knows is THE one. One look, a short lived moment suspended in time but the bus drives away and the magic is lost. But that fleeting moment felt so right, Laurie is persuaded fate is at play and with the help of her friend Sarah, will look relentlessly for “the bus boy“.

One chapter in and I was absolutely charmed and entirely set on chasing fairytales along with my new pal, Laurie. She was such a great character, friendly, funny and real.

I’m not a bitch though, or maybe ‘m just a quiet one inside my own head. Isn’t everyone?

Given the nature of the premise, I was certainly dreading the love triangle aspect the blurb hinted at… except it never washed over for some reason.

I want to stress over how given the intricately awkward situation, the author never gave into nastiness, horrible unnecessary drama or worse, rush things out to tie loose ends. The characters she crafted are solid in that way, flaws and all they never acted incongruously.

As much as I wanted Laurie to have her fairytale come true and find her “bus boy”, I wanted her friendship with Sarah to stay unburdened and safe. Neither of the characters  ever displayed signs of inconsistency and this is where I must give my extra cookies to Josie Silver, she made me so invested in the story I genuinely cared for all of them. I cared about Sarah and Jack. I cared for Laurie and Oscar. I cared so much for Laurie and Sarah. (I’ll admit I cared a whole lot… less for Jack and Amanda and the other whatshername.) None of the relationships as the years passed felt like mere plot devices, I wanted to see them all happy and the author gave her characters necessary time to grow and relationships bonds to unfold. I loved this about this book, yes it was very much a romance but the testing friendship bonds part of it was an almost greater appeal to me.

And although a tiny part of me was of course rooting for the fated couple, I just didn’t want the book to end, ever. Isn’t that the best feeling? I was that lost in the story I didn’t feel the hours pass at night.

Of course there were some tensions here and there and I’ll admit I wasn’t expecting the emotional angst thrown at me at times, but all of it felt so good, the tiny cracks and fractures Laurie, Jack, Sarah or even Oscar would let us glimpse at meant somehow… the fairytale wasn’t over just yet. That maybe it was just waiting for the right time to finally be.

And when finally, after years of love, friendship, humor, heartbreak, loss, the stars finally ALL align—without ever feeling contrived— and make all that hoarded yearning set free… I can’t even with the feelings and sense of righteousness!!!

I know, I often declare “ALL THE FEELS” about the books I adore, but really—ALL THE FEELS—were delivered in the end and it felt just so damned good.

Not even the over the top cliché but heart-melting scene at the end could dampen my mood. NO. This book was one wonderful treat that will do nicely if you’re looking for something to curl up to come the winter nights. Pure delight.

If anyone asks me I’ve ever fallen in love at first sight, I shall say yes, for one glorious minutes on 21 December 2008. 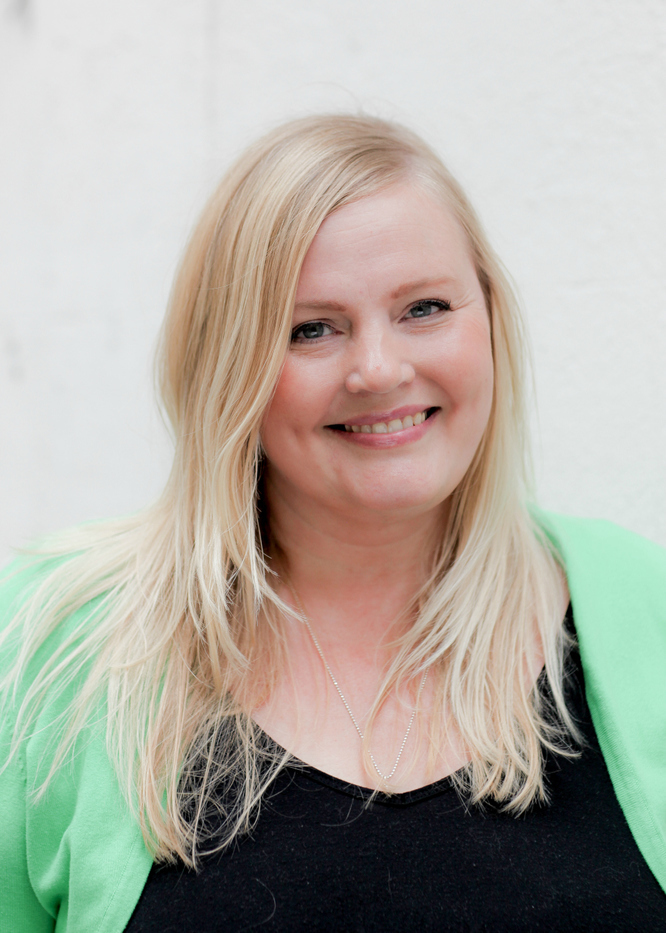 Josie Silver is an unashamed romantic who met her husband when she stepped on his foot on his twenty-first birthday. She lives with him, her two young sons, and their cats in a little midlands town in England.