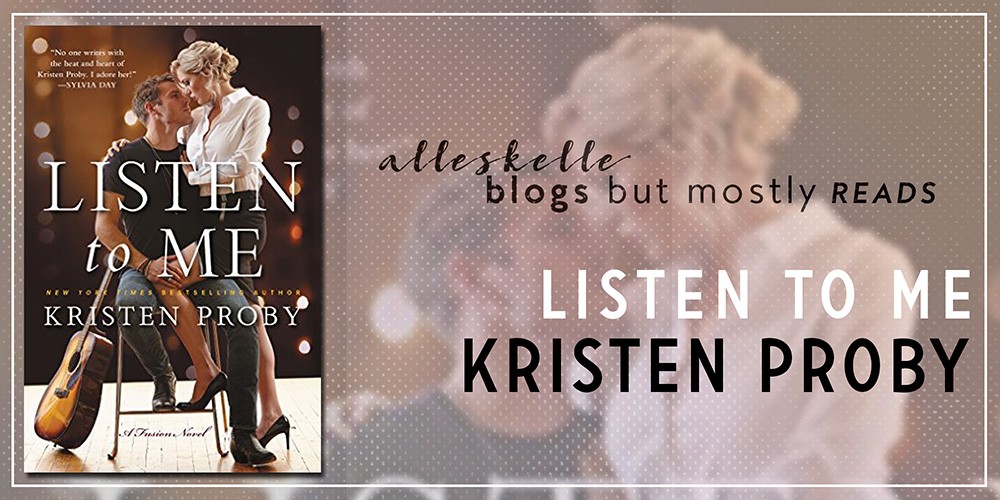 Listen to Me seemed to be just what I needed, playful banter, sassy heroine and reformed rockstar hero… The steam factor you ask? A pretty melting mix if you ask me… What are your thoughts on dirty talkers? 😀

In New York Times and USA Today bestselling author Kristen Proby’s brand new series, five best friends open a hot new restaurant, but one of them gets much more than she bargained for when a sexy former rock star walks through the doors—and into her heart.

Seduction is quickly becoming the hottest new restaurant in Portland, and Addison Wade is proud to claim 1/5 of the credit. She’s determined to make it a success and can’t think of a better way to bring in new customers than live music. But when former rock star Jake Keller swaggers through the doors to apply for the weekend gig, she knows she’s in trouble. Addie instantly recognizes him—his posters were plastered all over her bedroom walls in high school—he’s all bad boy…exactly her type and exactly what she doesn’t need.

Jake Keller walked away from the limelight five years ago and yearns to return to what’s always driven him: the music. If he gets to work for a smart-mouthed, funny-as-hell bombshell, all the better. But talking Addie into giving him the job is far easier than persuading her that he wants more than a romp in her bed. Just when she begins to drop her walls, Jake’s past finally catches up with him.

Will Addie be torn apart once again or will Jake be able to convince her to drown out her doubts and listen to her heart? 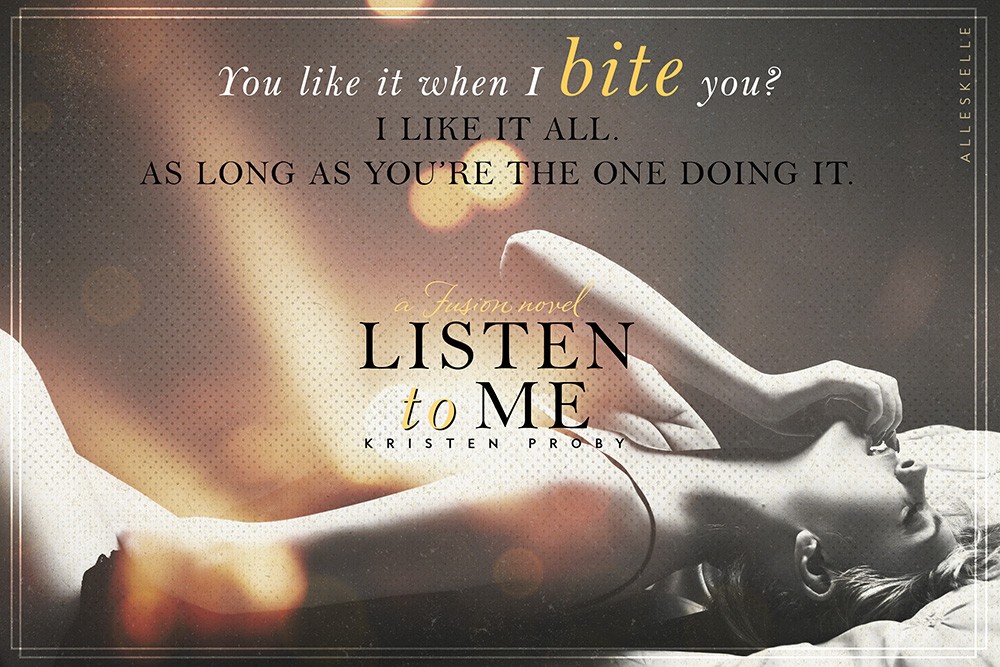 Listen to Me seduced me from the get go, with an empowered yet sensitive heroine, a reformed bad boy rockstar hero, and a tight group of friends and solid secondary characters. A happy place for a few hours, low angst, sexy times and hilarious banter jousts!

Addison cannot help it if life keeps throwing at her douchebags, despite being level headed at work  and brilliant business woman, she’s a romantic at heart and has been mislead one time too many by her traitorous organ.

Fortunately for her, “Seduction“, the restaurant she owns with her best friends gives her a reason to stand proud and focus on better things. Like looking for the next musician to fill up the stage of her restaurant. 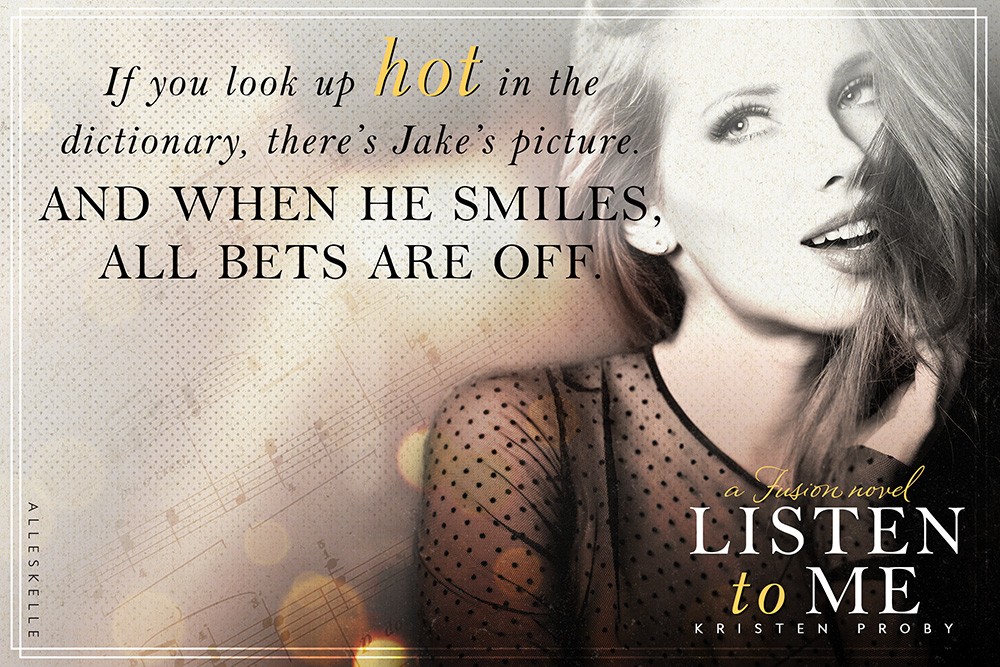 Jake Keller was once a famous leading singer before his band broke up 5 years ago. He hasn’t been on stage ever since, preferring the safety and anonymity of the recording studios to the limelight. But the desire to perform itches again, and he finds himself giving into the urge, one open mic night.

I really liked the heroine and the hero together. Their bantering sessions truly gave Listen to Me that little thing to make the story stands out. Both characters had obvious great chemistry and Addison doubts and reluctancy to put her heart out there again made it all even better. The resulting build up and tension promised all sorts of good times and it’s my pleasure to tell you that Kristen Proby truly delivered!

I loved Jake’s character, definitely alpha, caring and overbearing. But oh so sweet… Well, not too much, because that reformed bad boy has a nice dirty mouth attached to him! The dirty talk, sigh… There’s definitely more to him than meets the eye, guilt over a past mistake eats at him, forbidding him to look forward. Tormented hero anyone? 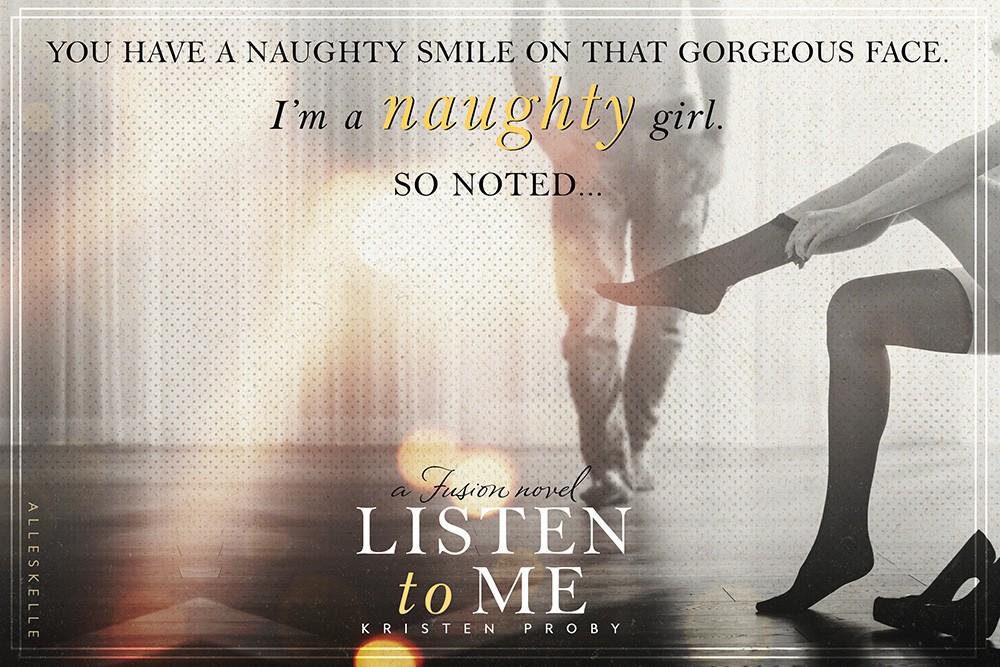 I loved Addison equally, so full of spunk, not the kind of woman to stand down for anything, she goes after what she wants and say she thinks. Except maybe when her heart is on the line…

All in all Listen to Me proved to be the perfect feel good story, with two lovable lead characters, a relatively low angst, (except for that tiny miscommunication part around 70%) and engaging secondary characters. I cannot wait to read more about Cami and Landon in Close To You, seems like a treat for unrequited love addicts!

I’m truly surprised by this one, as my past experience with this author’s work wasn’t a success, I couldn’t get into any of her “With Me” series, too much cheese, not enough character’s development… Even the writing style seemed different in Listen to Me, the dialogues and dual POVs truly engaging, not at all what I recall from my 3 previous reads where all felt… flat. I’m sure I’ll be definitely checking more of her books, especially the upcoming Fusion series novels!

“Don’t start, C.” I toss the bacon on my plate and push it away.

“The same thing you’ve been saying for years. I don’t want to live a public life anymore. It just fucks thinks up.”

“You don’t have to live a public life to play music.” She shakes her head, cutting me off when I would speak. “Just listen. Kevin took me to a new restaurant the other night. It’s awesome.” She leans in, her brown eyes shining with excitement. “It’s sexy.”

“The restaurant is sexy?”

“Yes, and it’s amazing. So, these women have opened this place in downtown Portland called Seduction. There are aphrodisiacs on the menu, sexy music and atmosphere, amazing wine cellar. Did you know that asparagus is an aphrodisiac?”

“Me either! Until we went there. It’s so great for couples, and it looks like it’s making quite a name for itself.”

“What the fuck does it have to do with me?” I ask mildly and sip more coffee.

“There was a sign in the window advertising for a weekend musician.”

I stare at her, blinking.

“So you should go apply!”

She slaps her hand on the table and leans back with a satisfied smile, proud of herself.

I tilt my head, suddenly intrigued.

Suddenly the yearning in my gut is so intense I can barely breathe. I love producing and writing music. Hell, I spent a month up in Seattle last fall cowriting and producing with Leo Nash, an old friend of mine, for his band’s new album. It’s fulfilling.

But fuck me, how I miss performing. And it’s really not about the screaming women, the lights, the louder-than-fuck music.

It’s just the music itself. Performing and watching the crowd sing along.

There’s just nothing like it. And the other night, when I sat on that stage and sang, it was like visiting an old friend.

But I gave it up on a rainy night five years ago when Christina was almost killed and lost her leg, all because of me.

I shake my head and clench my jaw. “No.”

New York Times and USA Today Bestselling author Kristen Proby is the author of the bestselling With Me In Seattle and Love Under the Big Sky series. She has a passion for a good love story and strong, humorous characters with a strong sense of loyalty and family. Her men are the alpha type; fiercely protective and a bit bossy, and her ladies are fun, strong, and not afraid to stand up for themselves.
Kristen lives in Montana, where she enjoys coffee, chocolate and sunshine. And naps.
Author Social Links 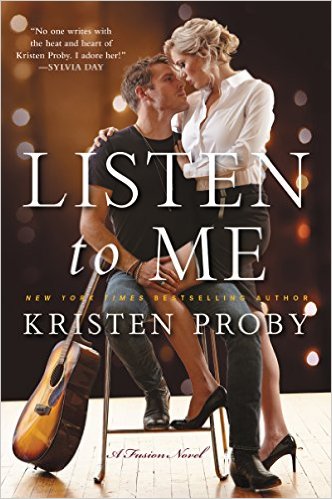 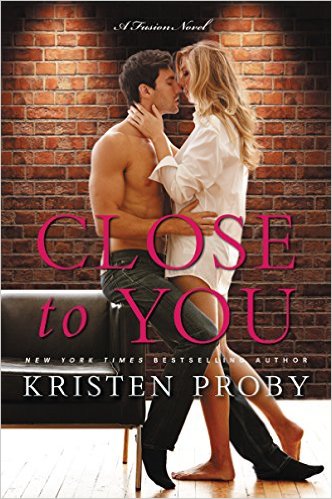 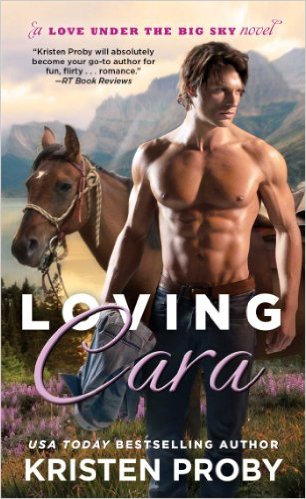 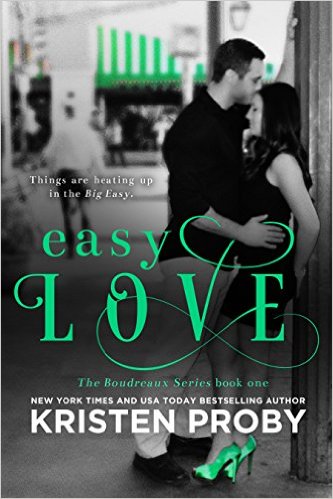 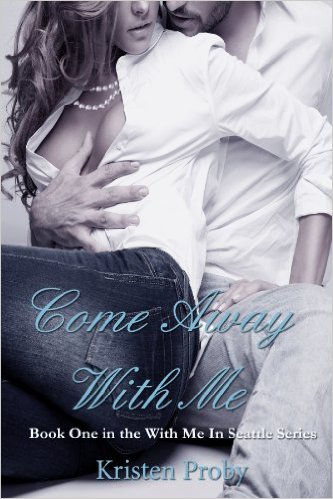