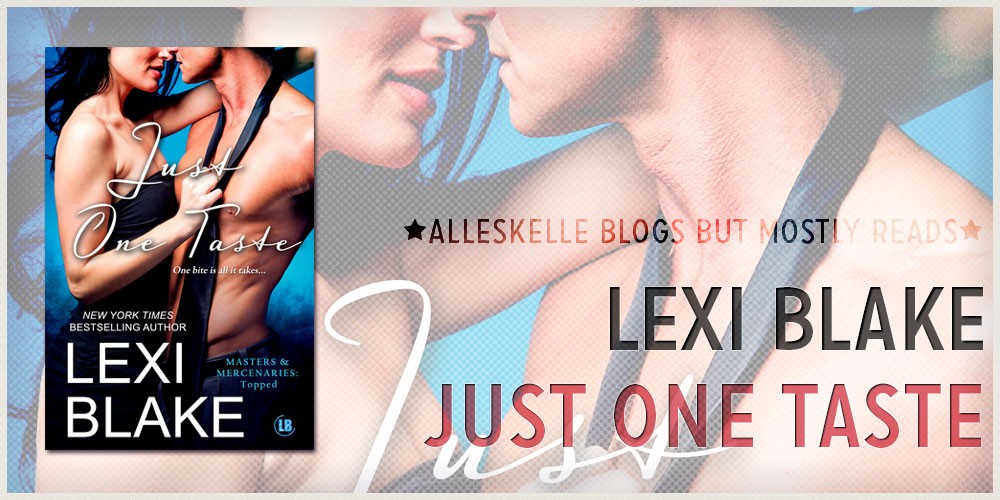 Eric Vail has always loved a challenge. After leaving the Navy, he mastered his passion for cooking. As the sous chef at Top, one of Dallas’s hottest restaurants, his skills are pushed to the limit every night. Unfortunately, his ultimate prize still eludes him. Server Deena Holmes is the sweetest thing he’s seen in forever, but she’s as distant as she is beautiful. When they’re put together in the same training class at the infamous club Sanctum, he knows this is his shot. And this former SEAL never misses.

A Woman Who Lost Her Taste for Love…

Deena thinks Eric is the most gorgeous man she’s ever seen, but her heart has been burned too many times before. She’s sworn off relationships for good and she can’t trust herself with a man that easy to fall in love with. She takes a spot as a trainee at Sanctum in the hopes of finding a safe place to explore and experiment. When she discovers her partner is the same chef she dreams about every night, Deena knows she may have bitten off more than she can chew.

A Perfect Recipe for Passion

While exploring the world of Sanctum, Eric and Deena find themselves learning about each other and finding an intimacy neither expected. But when the ghosts of her past resurface, old wounds are reopened. Can their newfound love survive when it’s put to the test?

“Why? Why would you want me?” All her arrogance was gone.

“Because we’re friends and I like you and you’re gorgeous. I’ve wanted to sleep with you from the moment I saw you. That might not be what you want to hear, but it’s the truth. I think we could be good for each other. Neither one of us has had a lover in a long time. Am I right?”

“You’re right,” she replied. “I haven’t even dated anyone since my divorce.”

“Then why not try? If it doesn’t work, we’ll go back to being friends.”

Her head shook. “That never happens.”

“I don’t know what kind of douchebags you’ve been dating, but I’m still friends with almost every woman I’ve ever dated. It doesn’t have to end in either happily ever after or hate. Especially if we’re both honest. The contract is for six weeks. I can promise you right now that I’m still going to like you after six weeks. You be honest with me. Were you planning on experimenting with your training Dom if you’d had chemistry with him? Before you knew I was the Dom. Would you have given that Dom a chance?”

“Well, then I suppose we’ll have a very abstinent training period and then we’ll go our separate ways when it comes to the club. I guess Big Tag and the shrink aren’t as smart as they think they are.” He wasn’t about to give up. This was only the beginning of a very long battle, but it was time to retreat. “We’ll talk about the contract later tonight and set up all the rules. I’ll still have to touch you during the scenes, but I’ll make it as impersonal as possible.”

“We don’t know that we have chemistry,” she said quietly, making no move to grab the bags.

He shrugged. “I guess we won’t know.”

He turned to begin helping her. He would take the bags out to her car and then let Grace know she was on her way. Someone would meet her in the parking garage to help her bring everything up. He would spend the afternoon planning menus with Chef and heading to the farmer’s market to find fresh vegetables for dinner.

A hand on his arm gently pulled and he turned.

Deena was standing right there, her face turned up to him, her eyes wide. “Shouldn’t we know?”

She went on her toes and pressed her mouth to his. He went still, unwilling to frighten her away. Soft lips moved over his as her hands found his waist. She was tentative, but he could sense the fire in her. Those hands told the real tale. They moved restlessly, as though she had them on a leash. He wanted that leash taken off.

When she ended the kiss and stared up at him, he decided to go for broke. She wanted to see if they had chemistry? He could show her how volatile they could be.

“My turn,” he whispered before he took control. His hands slid up her neck, fingers sinking into the soft, silky strands of her hair.

He kissed her, moving his lips over hers, commanding her. The minute he took control those hands of hers started to move, sliding up the muscles of his back, her body pressing in. He felt her relax as though happy to not be the one in charge. Deena could take control of a room of diners and work that floor with an iron will, but she was shy about this. She needed him to take charge of the physical part.

He could do that. It wouldn’t be sexy if she weren’t so together in the rest of her life. He kissed her again and again, his tongue finally moving over her full bottom lip. She groaned and her mouth opened, welcoming him inside.

The kiss turned wild, their tongues playing against each other as their bodies came together. He could feel her rubbing against him. He would bet her body was soft, her pussy already getting slick and ready for him.

He was so ready for her.

And if he took her right here on the prep table, she would likely run away forever. She wasn’t ready. Not even close.

He broke off the kiss, brushing his lips lightly against hers one last time. He’d promised her control. It was damn iron will that got him to take his hands off her. She was so sweet looking with her hair mussed and her lips puffy from kissing. This was how he wanted to see her all the time. Sweet and willing and ultimately satisfied.

Satisfaction would have to wait.

“We have plenty of chemistry, sweetheart.”

In addition to the Masters of Ménage series, she is the author of the Masters and Mercenaries series. The first seven novels, The Dom Who Loved Me, The Men with the Golden Cuffs, A Dom is Forever, On Her Master’s Secret Service, Love and Let Die, Dungeon Royale, and A View to a Thrill are available now, along with the novellas Sanctum, Unconditional, Dungeon Games, and Cherished. The eighth novel, You Only Love Twice, is coming in February of 2015, along with two new novellas, Luscious and Adored, coming in May of 2015.

In 2013, Lexi also began releasing her urban fantasy series, Thieves. The full series, Steal the Light, Steal the Day, Steal the Moon, Steal the Sun, and Steal the Night, are available now on Amazon. The first book in a spin-off of the series, Ripper, released in January of 2015. Look for Addict, the next book in the spin-off series, to be released in Fall of 2015.

Lexi will again collaborate with Shayla Black in a new series The Perfect Gentlemen. The first book, Scandal Never Sleeps, will release on July 7, 2015. 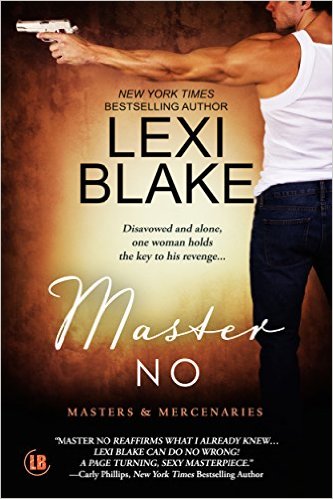 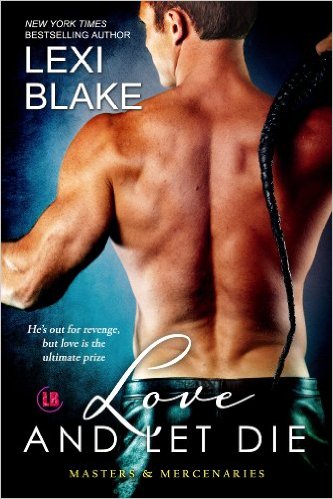 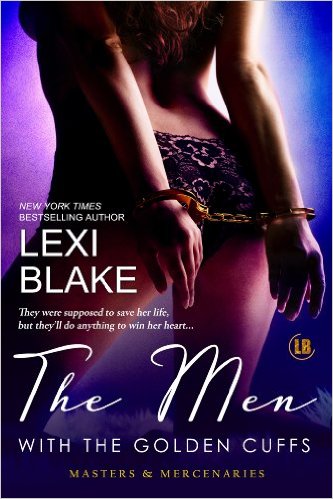