Now, it’s my understanding this is supposed to be a somehow lighthearted and fun sexy romance, but to me it was everything but.
It seems I’m in the minority with my opinion anyway so I’m encouraging you to read other reviews, or give this book a try if you think it sounds like something you could enjoy.

I’m known for being formal. Meticulous. Professional.
So you’d never suspect I spend my nights photographing my impressive junk for a NSFW blog. Don’t roll your eyes. I’m not bragging. I have millions of followers who’ll tell you they live for my posts.
I’m like a superhero, saving humanity one dick pic at a time.
Except leading a double life means I need someone to help me protect my anonymity, so that no one, especially my family, ever discovers my online celebrity.
When I call one of the most respected law firms in town, I expect quality legal advice and confidentiality. Not a sinfully sexy attorney whose dangerous curves and soul-piercing gray eyes make me want to personally demonstrate my particular skill set.
I shouldn’t be tempted.
Especially when she knows all of my best-kept secrets. But everyone has a breaking point. And I’ve met mine.

I was super excited about the premise but unfortunately this one didn’t deliver as I thought it would. Neither liked the hero or heroine enough to care.
I felt pretty confident I would enjoy this story, the mystery and complications behind Josh ‘real’ identity in opposition to his secret NSFW blogging activities, the forbidden romance between Josh and Evie… But focus was directed at unnecessary drama and Evie‘s insecurities more than anything else.

I had many issues with statements and actions from the hero (D stands for Douchebag in that case.). Josh started to rub me the wrong way not long after the book started, and if I had envisioned any sort of rubbing from that D, it certainly wasn’t of that kind. What first appeared as cockiness from him, transformed into basic man douchebaggery. It definitely wasn’t feeling like a good rubbing, but more like an STD itching. It even compelled me to stop reading and make a mini rant of FB about it.
Spoken like a real douchebag in the name of all men, that’s Josh to you :

“Evie I swear you’re hot, no man wants to curl up with a twig.”

Say if you are a thin girl, how do you feel reading that? Strike that, you are a woman how does it feel to put someone down to make yourself feel better?
Well, I felt absolutely wooed and reassured about my “curves” at the expense of a thin woman out there. *sarcasm*

Here’s a tip for you, Josh, and feel free to pass it on to all your bros out there in Romancelandia , how about next time you simply tell your woman you like her, naming what you love about her without having to put others to shame? huh? Sisterhood is a thing, and as curvy as I am I didn’t like reading about what you had to say about women with a different body type. You prefer curvy women? Good for you.

I’ll be honest from that moment on, I didn’t feel like this story was salvageable but I kept on anyway, curious about the outcome.

“Maybe it’s caveman of me to want to beat this guy’s ass for making her feel bad, but it pains me that this dickhead shamed her.”

Come on Josh, why don’t you try a little of your own caveman medicine and give yourself a beating first?
Josh neither could wrap his caveman head around the fact that jerking off to pictures and videos sent by other women directly to his inbox was a hard limit for Evie. But when she tries to make him understand how he would feel if the roles were reversed he replies with a golden Douchebag statement. Oh Josh, isn’t there any hope for you at all?

-Did you use these videos from these women propositioning you to get yourself off?
-Yes, but it didn’t mean anything.
-So if guys sent me videos jerking off…telling me they want to fuck me… that would be okay?
-Evelyn, that’s not the same.

Let’s take a minute here and take the time to make a list. A list of all the heroine’s issues.

I rolled my eyes one time too many about them. Ex issues, daddy issues, self worth issues, mommy issues, confidence issues. You think about any issue, Evie has it. TOO MANY ISSUES!
I do like a fragile heroine with insecurities but Evie was piling up too many of them, most I have to say were just clichés as insecurity goes in romance books.

“When I was growing up it was just me and my dad. And, well, he wasn’t great at teaching me how to use mascara.”

My ex, Elliott. He told me I was boring and predictable.

Excuse me for saying this but, how predictable indeed!

“It wasn’t… I couldn’t… He wasn’t into it, and he made me feel like I was the problem.”
“…Without a mom, I didn’t have lessons in how to be feminine.”

Because your mom would have made you feel feminine enough to act good enough for your idiot boyfriend in bed? What kind of reasoning is that anyways? Forget I said anything about having insecurities, Evie is an idiot! Ugh!

“When I was in high school, because of these”—she points to her chest—“every guy assumed I was easy. I wasn’t but I got this reputation.”
“…I had a the fucking scarlet letter on me, only it was the ‘S’ for slut. Feeling sexy meant getting attention.”

Another thing I thought was overdone was the references to the heroine’s breasts and other “curves. I stopped counting how many times the hero ogled and idolized her boobs (yeah, he’s a man, I know) as the accent put on her bosom, tits, chest, breasts, boobs, curves, hips, ass, bottom came just so overstated and in total contradiction with how the heroine actually feels about herself and her image.

Add to this secondary characters I’m not interested to touch with a ten foot pole, an ex-girlfriend thrown in there just to add another layer of drama and there goes my experience reading All About the D… Distasteful

Now, it’s my understanding this is supposed to be a somehow lighthearted and fun sexy romance, but to me it was everything but.
It seems I’m in the minority with my opinion anyway so I’m encouraging you to read other reviews, or give this book a try if you think it sounds like something you could enjoy. Unfortunately, All About the D screamed Douchebaggery for me.

Lex is the USA Today bestselling author of Shameless and The Dearest Series. She writes contemporary romances, the sexy kind with lotsa angst, a whole lotta kissing, and the hot happily ever afters. When she’s not writing, she lives a parallel life as an English teacher. She loves printing black and white photos, listening to music on vinyl, and getting lost in a great book. Bitten by wanderlust, she’s lived all over the country but currently resides in the City of Angels with her husband and twin daughters.
To find out more about her upcoming projects, visit lexmartinwrites.com. 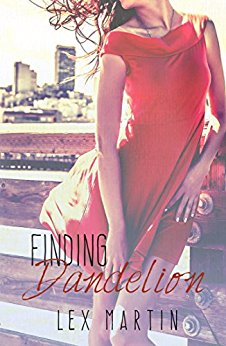 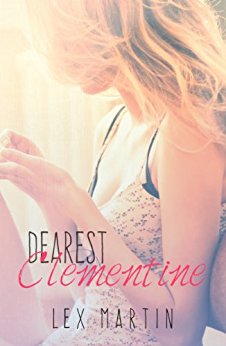 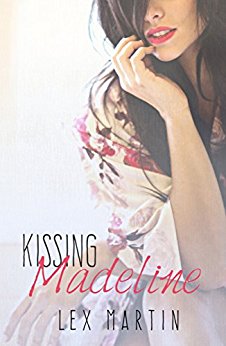 Leslie McAdam is a California girl who loves romance, Little Dude, and well-defined abs. She lives in a drafty old farmhouse on a small orange tree farm in Southern California with her husband and two small children. Leslie always encourages her kids to be themselves – even if it means letting her daughter wear leopard print from head to toe. An avid reader from a young age, she will always trade watching TV for reading a book, unless it’s Top Gear. Or football. Leslie is employed by day but spends her nights writing about the men you fantasize about. She’s unapologetically sarcastic and notoriously terrible at comma placement.

Always up for a laugh, Leslie tries to see humor in all things. When she’s not in the writing cave you’ll find her fangirling over Beck, camping with her family, or mixing up oil paints to depict her love of outdoors on canvas. 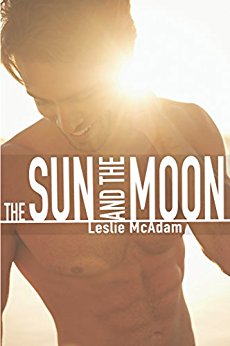 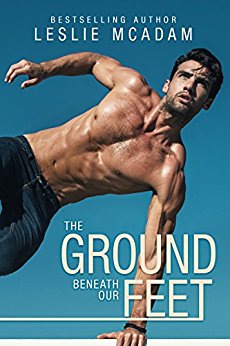 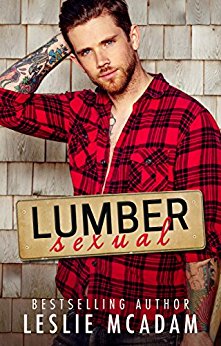 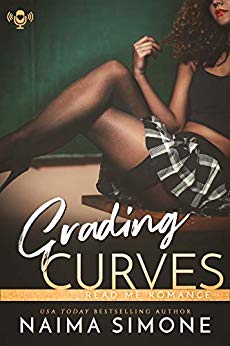