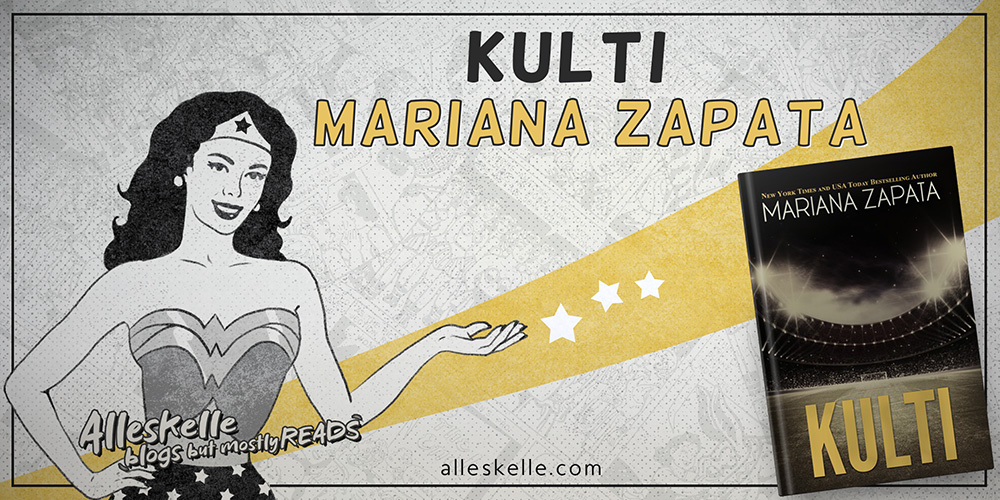 A little too slow at times but I really enjoyed reading Kulti. Zapata’s has a way to make her readers yearn for more and she definitely had me there. I laughed a lot at Sal’s german insults repertoire, and the enigmatic Kulti left me wanting more older characters in my romance books. Too bad he was tongue tied the most part of the book.

When the man you worshipped as a kid becomes your coach, it’s supposed to be the greatest thing in the world. Keywords: supposed to.

It didn’t take a week for twenty-seven-year-old Sal Casillas to wonder what she’d seen in the international soccer icon—why she’d ever had his posters on her wall, or ever envisioned marrying him and having super-playing soccer babies.

Sal had long ago gotten over the worst non-break-up in the history of imaginary relationships with a man that hadn’t known she’d existed. So she isn’t prepared for this version of Reiner Kulti who shows up to her team’s season: a quiet, reclusive shadow of the explosive, passionate man he’d once been.
Nothing could have prepared her for the man she got to know.
Or the murderous urges he brought out in her.

This was going to be the longest season of her life.

European or American. Everyone in my family always loved football. I can still hear the commentators from the blaring TV from all the football game nights at my parents… I never could bring myself to give it any interest at all.
So why would I even decide to read a book about a new talented woman player and her new coach?

Well, when I learned that said coach was a former football legend and the man she had a crush on for years, that’s when I thought : ANGST! And since it’s not my first Zapata‘s book, I knew she would draw out the anticipation like crazy and I’m a sucker for that kind of romances.
The quiet and unrequited ones. The ones that make you work for it.

Mariana Zapata didn’t disappoint on that part, the journey to romance was excruciatingly slow. Maybe a little too slow at times when you went into a book looking for romance and all you have up until 80% of the book is a friendship in the making with barely there hints that something is happening on both sides.
Don’t get me wrong, I like to read about friends becoming lovers more than anything else, but in this case it wasn’t clear if they were even on the path to becoming friends or if Salome’s efforts to remain friendly to a really annoyingly silent Kulti were acknowledged by the man himself.

Kulti silences are something that actually bothered me a lot in this book. Salome would throw insults at him, tirades of inventive german insults that were hilariously funny, and he would remain impassive and not say a word to her. EVER.
The man everyone fears, the man no one dares to say a word to—would remain silent and let her go with something like this? Repeatedly? Mkay? I found it to be really awkward.
“Kulti” read a lot like a one sided conversation. The man barely talked 5 sentences in a 570 pages book.

Now for the parts I really loved? Everything else, Salome’s family, her dad, Salome herself, I mean you have to love and respect a woman for standing her grounds against a man like Kulti. A legend. The King. That young woman, with her relentless fiery attitude, her empathy, her unfailing love for the game, and her tenacity is going to accomplish what nobody would even dream of accomplishing.
Getting past Kulti’s armored barrier.
And this, my reader friends, that you love football or not, is a sight to see. I loved watching these two getting… closer and closer. Even if Kulti couldn’t have been more a jerk about it. Damn but the man was infuriating!

I really enjoyed this part, yes, watching them become friends. In the end I just thought that the friends to lovers part happened maybe to fast in comparison.
So fast that when Kulti decides to show us he has a dirty mouth attached to him, I felt shocked and offended at his sudden display of familiarity. It sounded like it came out of nowhere, out of character from someone who barely uttered a word to her, something so very cliché you read in every romance books nowadays and that maybe the author felt readers would go gaga for :

Tell me. Do you want my fingers in your warm pussy?

No! I actually would have preferred him to remain as silent as every giving her a silent angry fuck.

Overall a solid 3 stars for me. 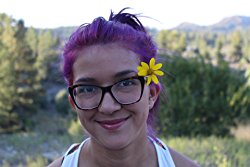 Mariana Zapata began writing love stories soon after she learned how to spell. She probably shouldn’t admit that she started sneaking romance novels from her aunt’s bookshelves way before she was old enough to even understand what it meant when a man flipped up a woman’s skirt. (Don’t tell her mom.) She is a New York Times and USA Today Best Seller, and reached #7 on Amazon’s Author Ranking in 2016. Her book The Wall of Winnipeg and Me was a #1 Amazon Overall Best Seller, and was chosen as a 2016 Goodreads Choice Award Nominee and also included on Amazon’s Best Books of 2016 for Romance. Wait for It reached #2 on the Amazon Overall Best Seller list and stayed in the top 100 for six weeks.

Mariana is a native Texan living in a small town in Colorado with her husband and two beloved (and emotionally manipulative) Great Danes, Dorian and Kaiser. When she’s not pretending to write, she’s reading. You can usually find her burning somewhat edible experiments in the kitchen or cracking jokes at the expense of her family members. 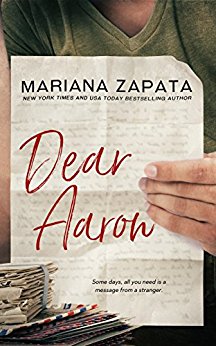 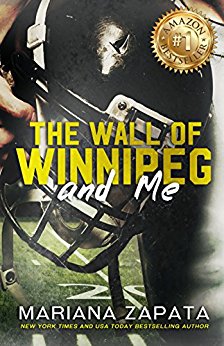 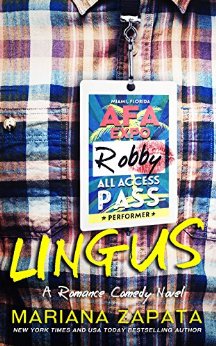